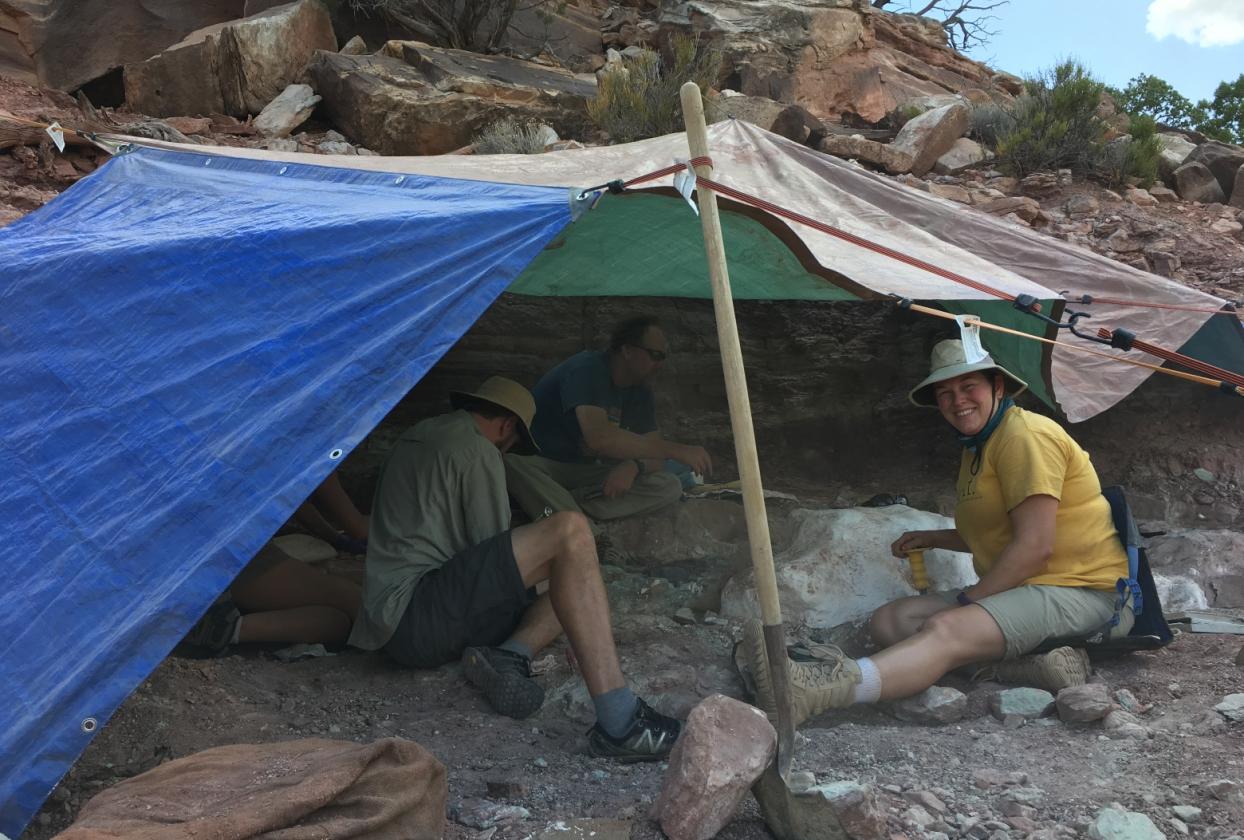 There’s hardly a better place in the West for dinosaurs than Utah. The Beehive State records great swaths of time from the Triassic, Jurassic, and Cretaceous, containing dinosaur species both familiar and entirely unique. But the species that started it all is only just beginning to become known to us – Dystrophaeus viaemalae.

This is a dinosaur story told in three acts, and the initial discovery of the 154 million-year-old herbivore is as fitting a place to start as any. It’s a story that goes back to 1859 – the same year that Charles Darwin published On the Origin of Species – when geologist John Strong Newberry happened across some strange bones near Utah’s Canyonlands.

Newberry was part of a U.S. Army expedition to investigate the regions around the Colorado River. These lands were already known and occupied by Native Americans, but Newberry was one of the first scientists to travel through this region. And while there, high up on a steep canyon hillside, he found large bones that belonged to an ancient reptile.

Later experts would determine that Newberry was searching a lower part of the Morrison Formation – a famous unit of Jurassic rocks. The strata were about 154 million years old, or older than Morrison Formation favorites like Allosaurus and Stegosaurus. But Newberry didn’t know that at the time. In fact, as he and other members of the team worked to excavate what bones they could find, they initially thought they had discovered the remains of an ichthyosaur – a marine reptile with a shark-like body shape.

There was only so much the team could do, however. They weren’t prepared to chip a huge reptile out of extremely hard rock. What the team left behind, Newberry wrote, “still remains to reward some future geologist who shall visit this interesting locality, with more time at his command and more adequate implements for rock excavation than we possessed.”

It would take years before the real animal would start to come into focus. In 1877, eighteen years after the initial discovery, the Philadelphia-based paleontologist Edward Drinker Cope published a brief description of the bones. The reptile was no ichthyosaur, but a dinosaur – and a new one at that. Cope didn’t specify what the dinosaur looked like, or what family it might belong to. So few dinosaurs were known at the time that almost every new find seemed unique. All that Cope could say was that this was a terrestrial animal unlike any he had seen before. Working from the collection of bones gathered by Newberry’s team, he named the dinosaur Dystrophaeus viaemalae. The first part – Dystrophaeus – translates to “coarse joint,” referring to the rough surfaces on the ends of the limb bones that indicate a cap of cartilage. The species name viaemalae, by contrast, means “difficult journey” and refers to how hard it was to climb the canyon face to discover, excavate, and transport the bones. More recent researchers who’ve made the same climb are likely to agree.

In time, as more dinosaurs became known and offered material for comparison, Dystrophaeus was categorized as a sauropod dinosaur. These are the quadrupedal herbivorous giants that include favorites like Apatosaurus. In fact, Dystrophaeus was the first sauropod described from the West, the first dinosaur named from Utah, and still remains the oldest sauropod known from skeletal remains in North America.

But paleontologists only had a small collection of bones to work from, and no one found another Dystrophaeus. Newberry’s original find was the one and only, and, it seemed, the exact location of the quarry was lost over time. If there were more bones out there, no one was quite sure where to find the original site. It seemed like Dystrophaeus would remain obscure until someone else made a lucky find.

That’s changed. More than a century after Newberry climbed the canyon, a resident from nearby Moab rediscovered the site. This started renewed interest in Newberry’s dinosaur and what it meant for the history of plant-munching giants. The story of Dystrophaeus was far from over.