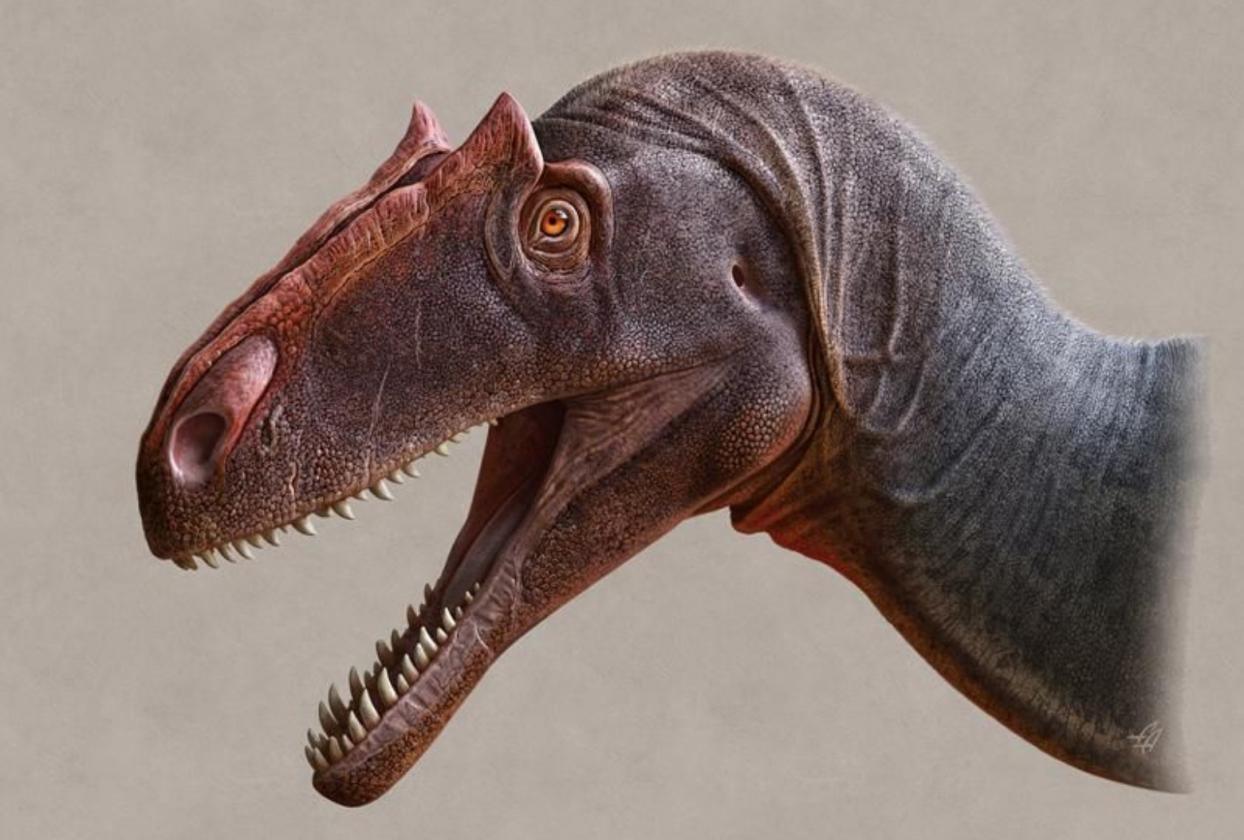 An artist's depiction of Allosaurus jimmadseni, showing the horns and slender snout that distinguish this new species. Credit: Andrey Atuchin

Utah has a new Allosaurus.

In early 2020 NHMU research associate Mark Loewen and former Dinosaur National Monument paleontologist Dan Chure unveiled Allosaurus jimmadseni, a new species of carnivorous dinosaur found in Utah and Wyoming. But what makes this new species different from the predators already standing in our Museum hall? A couple of points can help you spot the differences.

The Allosaurus standing and snarling in the Museum’s Cleveland-Lloyd exhibit belong to a species called Allosaurus fragilis. This dinosaur was named way back in 1878, and paleontologists have found dozens upon dozens of specimens in the upper reaches of the American west’s Morrison Formation. (Another species of similar age, Allosaurus europeus, has been found in Portugal.) But Allosaurus jimmadseni is older, being found lower down in the Morrison Formation. The difference in time between the two species helps make sense of how they compare to each other.

Allosaurus jimmadseni is known from several exquisite skulls and skeletons uncovered in Utah and Wyoming. The famous “Big Al,” which got its own BBC documentary, is a member of this new species. They all date to about 157 to 152 million years ago. And just by looking at them, you can tell that these animals were much more slender than their later relative Allosaurus fragilis. Looked at from the front, for example, the skull of Allosaurus jimmadseni is much more streamlined, indicating that this dinosaur didn’t have as much jaw musculature – and likely a weaker bite force – than the later Allosaurus species. 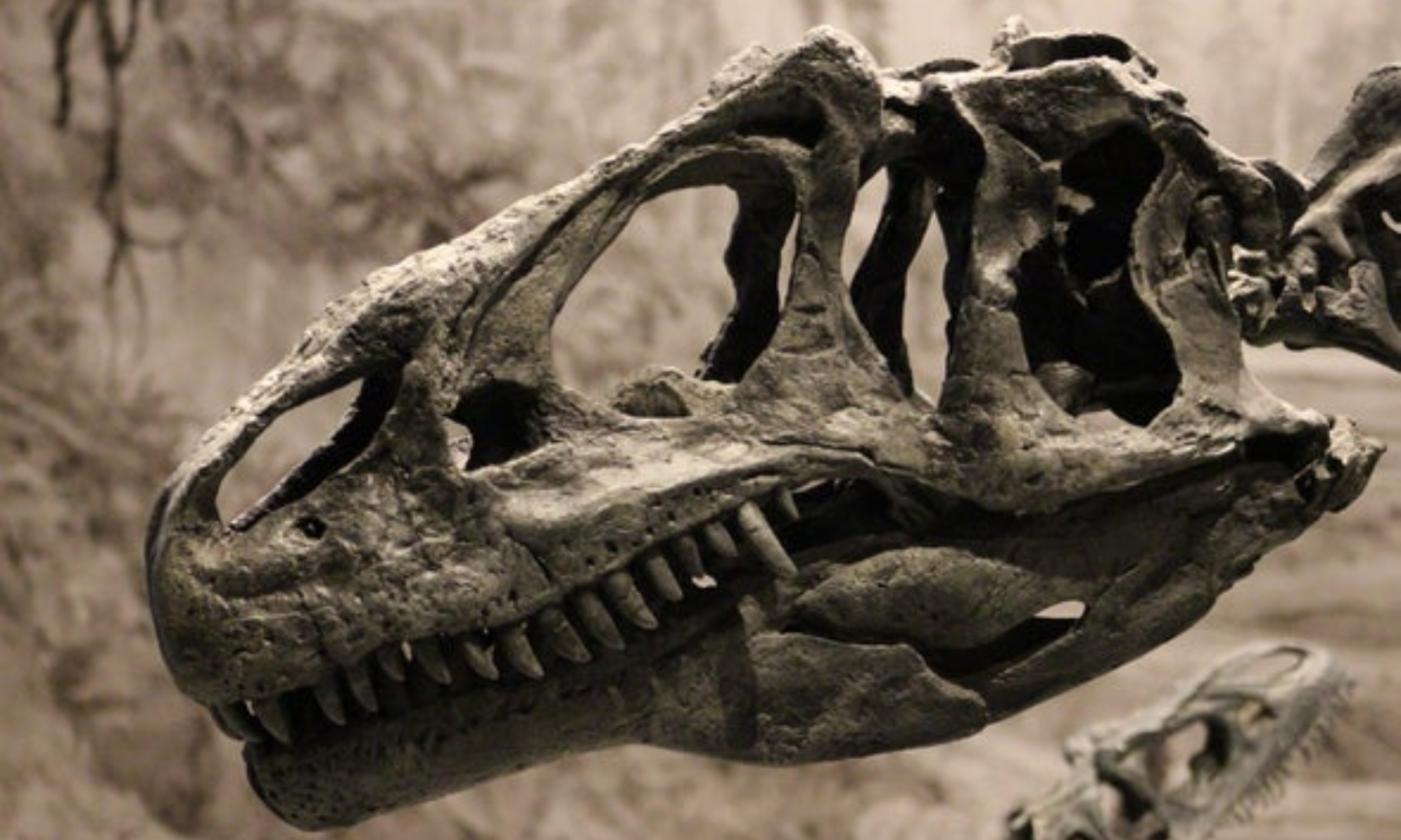 An Allosaurus fragilis at the NHMU. Credit: Riley Black
The skull of the Jurassic dinosaur Allosaurus. This carnivore is recognizable by its many sharp teeth, long face, and horns in front of the eyes.

One good way to tell dinosaurs apart is by the ornaments on their skulls, too. Allosaurus jimmadseni has prominent horns in front of its eyes, just like its later relative, but this species also has a prominent ridge along the nose that’s not as flashy in Allosaurus fragilis. The overall picture is that Allosaurus jimmadseni was an earlier version of the carnivore with comparatively weaker jaws and a flashier skull, while Allosaurus fragilis packed on some extra muscle to give it a much more powerful chomp.

These changes might offer a clue to how Allosaurus evolved over time. Finding direct relationships between ancestors and descendants can be challenging, but, if Allosaurus fragilis evolved from a population of Allosaurus jimmadseni, that can tell us something about changes in the way these dinosaurs hunted. Perhaps a change in the available prey, in hunting techniques, or the ability to tear apart carcasses offered some advantages to allosaurs with stronger bites, these traits carried over into a more burlier species. The jaws of these carnivores raise questions that can only be answered by digging in deeper.