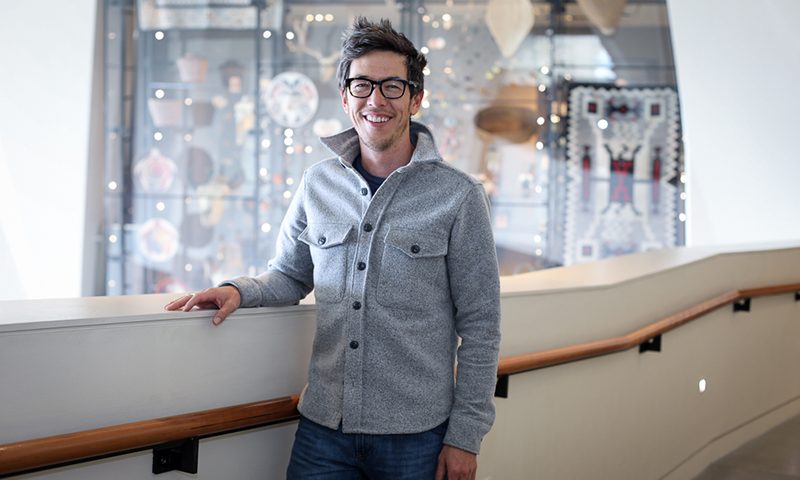 Tim Lee is Exhibits Manager and Senior Exhibit Designer at the Natural History Museum of Utah; whose mission is to illuminate the natural world and the humans within it. Tim’s design process incorporates elements of design thinking and visitor studies to generate exhibits that engage visitors in surprising and meaningful ways.
Prior to joining the Museum, Tim was the senior designer for 99IC architecture in Milano, Italy, where his projects included branded environments for retail spaces, wayfinding systems for public spaces, and exhibits for La Triennale di Milano. He also worked as a freelance designer conceptualizing, designing and installed exhibits for the Enga Take Anda Cultural Centre in Papua New Guinea and most recently the Idaho Potato Museum in Blackfoot, Idaho. Tim’s passion for design extends into education and he’s a frequent lecturer and guest speaker at the University of Utah and other local colleges.
As Project Director and Designer of the Museum's 50th anniversary exhibit, "Nature All Around Us," Tim is anxiously engaged in the most ambitious and innovative project he and his team have undertaken since he joined the museum 16 years ago.

Tim also has several design awards under his belt, including the 2005 Excellence in Exhibition Award from the American Association of Museums for "The Dark Zone," a temporary in-house exhibit about Utah's caves and the mysterious life they hold. Most recently, he was recognized for his work on another temporary exhibit, Wild Birds of the American Wetlands, which received the Copper Ingot from the local chapter of the American Institute of Graphic Artists and a Merit Award from the Society of Environmental Graphic Design. He served 4 years as co Vice-President and Director of Development of AIGA Salt lake City, the professional organization for design.

Tim received a B.S. from Bates College in Studio Art and a Post Baccalaureate Degree from Minneapolis College of Art and Design in Visualization and Design.