Can we predict earthquakes? 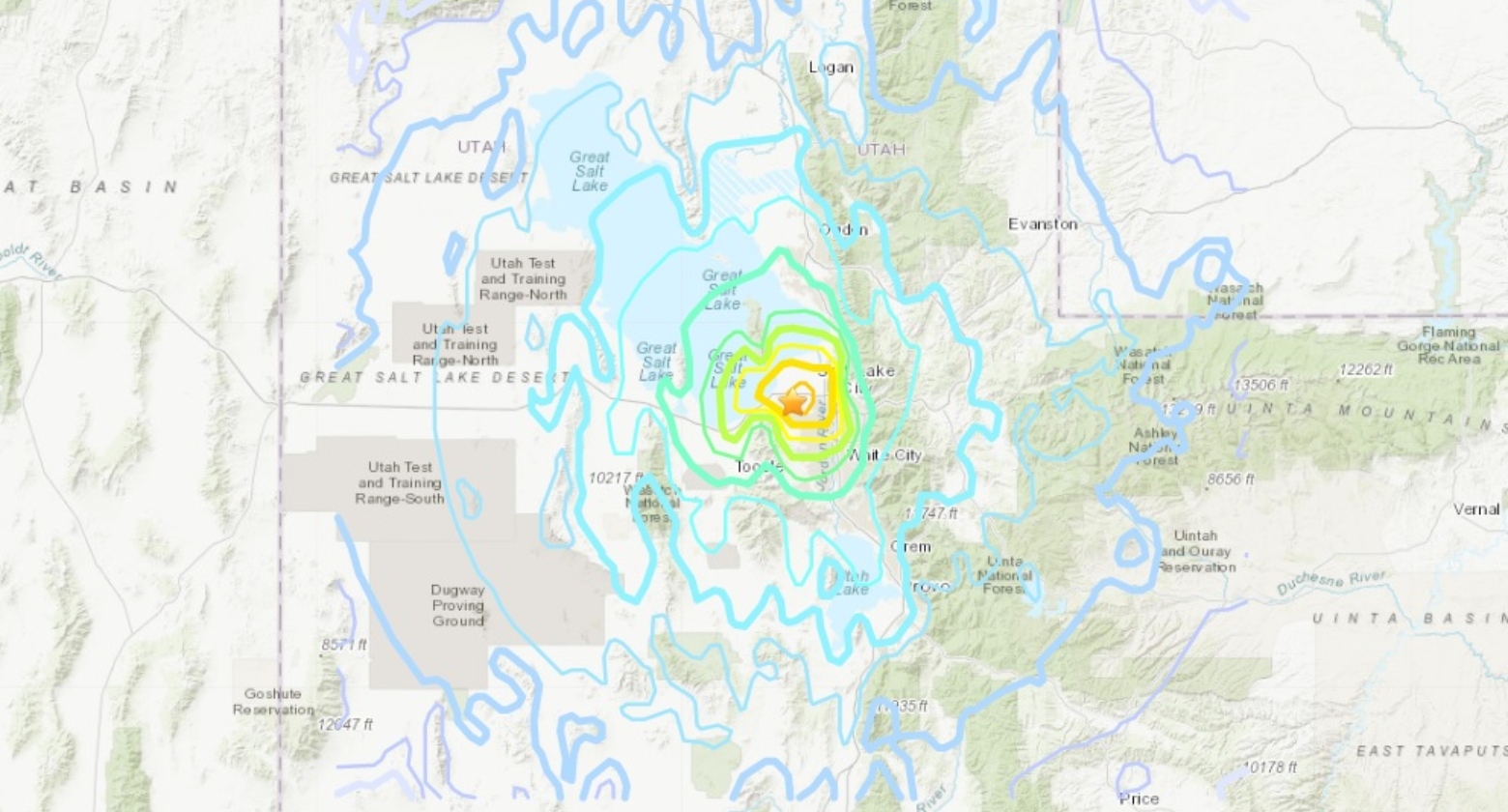 A USGS map indicating the seismic activity around Salt Lake City on the morning of March 18th, 2020. Credit: USGS

At about 7:09 a.m. today, before many Utahns were out of bed, a 5.7 magnitude earthquake shook Magna, Salt Lake City, and the surrounding area. People as far away as Fruita, Colorado said they could feel it. Aftershocks of around a 3.0 magnitude followed as city crews started to assess the damage. It was the biggest earthquake in the area since 1992.

And that has everyone wondering “Can earthquakes be predicted?”

The short answer is “No.” As the U.S. Geological Survey states, “Neither the USGS nor any other scientists have ever predicted a major earthquake. We do not know how, and we do not expect to know how any time in the foreseeable future.”

Still, the question keeps coming up. And it can get quite serious. In 2009, six Italian scientists were charged with manslaughter on the charge that they had not predicted or prepared the public for a large and deadly earthquake in L’Aquila, Italy. So why can’t we predict these shakeups the way other scientists predict disasters like hurricanes?

First, writes Sabrina Stierwalt at Scientific American, an earthquake prediction includes four parts: the day, the time, the place, and the magnitude. That might sound simple, but it’s actually incredibly difficult to pin down. No two earthquakes are quite alike, and phenomena that happen before one earthquake – like small cracks in rock allowing water to seep through – may not happen at all with another. Not to mention that faults – such as the one towards West Valley that is likely to have triggered this week’s earthquake – may be active at different depths, which matters for how an earthquake is felt at the surface.

No one knows when or where an earthquake is going to happen. Earthquakes can’t be predicted. That makes it all the more important for everyone to be educated and make plans for when these events make our walls shake and floors feel like waves. The best we can do is be prepared.

For more information on earthquake safety in Utah, visit The Great Utah Shake Out.