A Conversation with NHMU's Randy Irmis 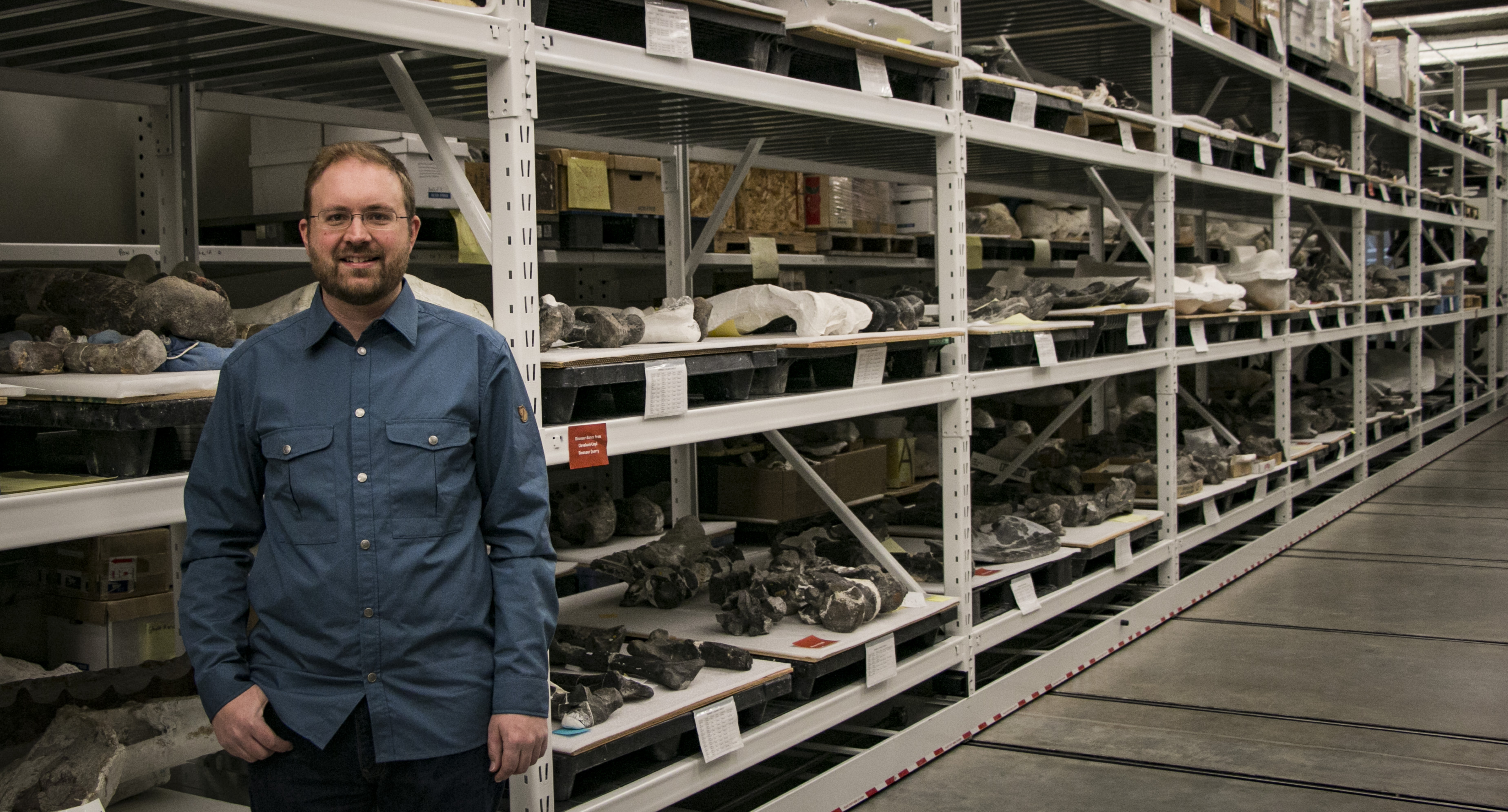 When the Society for Vertebrate Paleontology came to Salt Lake City in October 2016, we took the opportunity to speak with some noted paleontologists about their work. Here's our chat with our very own Randy Irmis, NHMU's Curator of Paleontology.

NHMU: What do you think is the most exciting thing happening in paleontology today?

Irmis: How we look at fossils. There are a lot of new ways to look at fossils rather than just observing the bones themselves. We have lots of new imaging techniques for looking inside bones or skulls and doing three dimensional work. Also, molecular work - looking at the composition of the bones and sometimes feathers or hair that was preserved. We're learning a whole bunch of new things just by the way that we can image these fossils using very advanced techniques that we never would have dreamed of even ten years ago

NHMU: What's one highlight of your career you can share with us?

Irmis: Everyone loves to talk about their research, of course, and we all have lots of fun fossil discoveries we've made out in the field, but one of the things I've enjoyed most is working with a team of other collaborative scientists - paleontologists, geologists, biologists - to attack a research question. For example, at Ghost Ranch in northern New Mexico, where I work and where we have a lot of the bones of early dinosaurs and other reptiles during the Late Triassic period, we've put together a whole team to look at what the environment was like and how that affected early dinosaurs and why we didn't have large plant-eating dinosaurs at the time. So we used data from geology, geochemistry, fossil pollen and spores, all to tell a story. I think that was really cool because we were able to put all of these different lines of evidence together. Many, many different scientists worked together on that story.