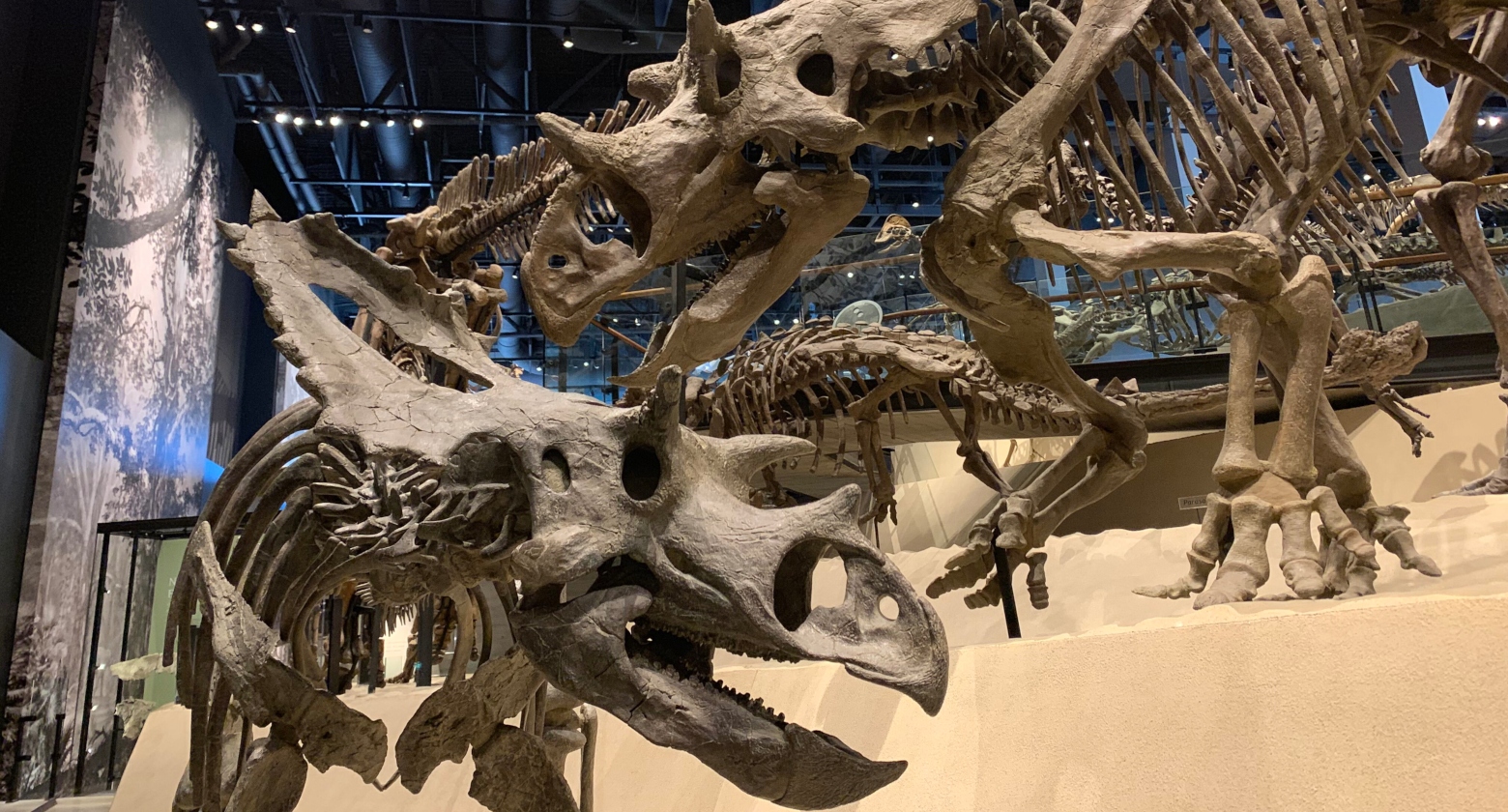 A juvenile Utahceratops stands near the skeleton of the adult in the Past Worlds gallery. Credit: Riley Black

We often think of dinosaurs as big and ferocious. But what about cute? That description certainly fits the juvenile Utahceratops gettyi in the Past Worlds exhibit.

A skeletal cast of the youngster stands alongside the adult. The reconstruction is based on bones from two separate specimens of small Utahceratops that were found by the museum’s field teams in the roughly 76 million-year-old rock of southern Utah’s Grand Staircase-Escalante National Monument. One specimen was articulated, with the bones together as they fit when alive, and was carefully prepared by museum volunteer Ed Lamb. The other was a disarticulated collection of bones that let experts get a good look at each individual piece.

How researchers are able to tell that these dinosaurs were youngsters comes down to two lines of evidence, says paleontology collections manager Carrie Levitt-Bussian. First, the bones of the young Utahceratops are small. But, more importantly, the microscopic structure inside those bones indicate that the bones were from young dinosaurs instead of just a fully-grown but tiny species.

“After analyzing the bone microstructure of both juvenile Utahceratops, I know that these dinosaurs were warm-blooded and that they grew rapidly,” Levitt-Bussian says. That’s because the microscopic details observed in the bones, through a scientific discipline called histology, show that the little Utahceratops were growing fast and weren’t showing any signs of stopping.

You don’t necessarily have to look deep inside the bones to tell the difference between the adult and juvenile animals, though. Some of the clues are visible to the naked eye. “One easy-to-spot indicator that tells us that it’s a juvenile Utahceratops instead of an adult is the pointiness of the epiossifications, or the ornamentation along the sides and top of the frill,” Levitt-Bussian says. These are the points surrounding the large expansion of bone coming out of the dinosaur's skull. In the juveniles, the epiossifications aren't fused, whereas in the adult they are. The difference between unfused, pointy ornaments and flat, smooth, fused ornaments helps paleontologists distinguish between the juveniles and adults.