Behind the Scenes: What Good is a Dirty Kid? 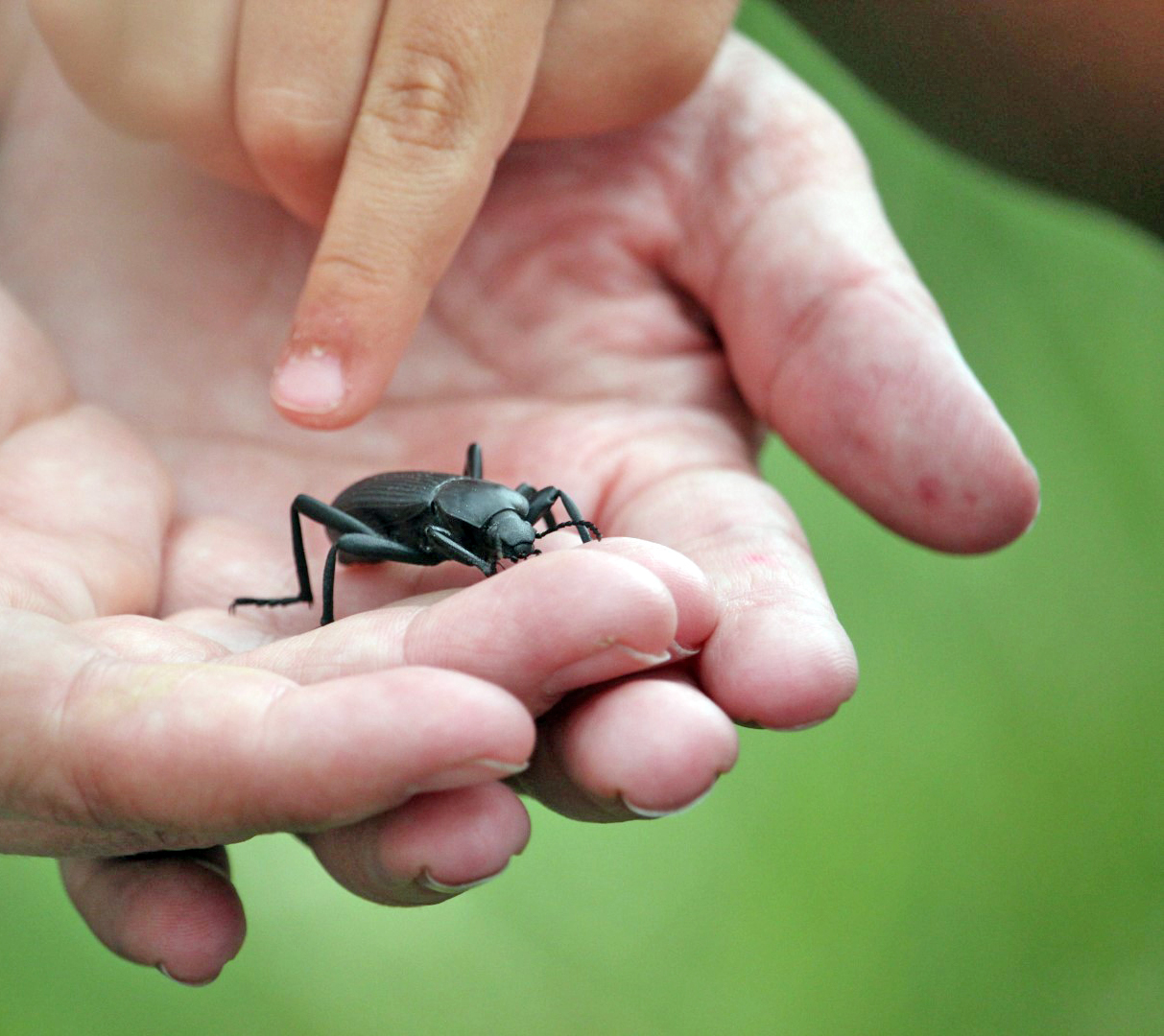 Activities like observing insects and getting dirty is crucial for growing minds. Credit: Jack McEntire

Children love the question “Why?” Sometimes it’s wonderful. Sometimes it verges on the demanding. But even asking that question gets at one of the most critical parts of science – curiosity.

Kids repeatedly ask “Why?”, Entomology & Malacology Collections Manager Christy Bills says, because it’s a fundamental part of being human. “To understand what causes things to happen, why systems behave the way they do, what mechanisms govern the causes and effects we observe,” Bills notes, all stem from this core part of humanity.

Just being told an answer isn’t enough. Often, we seek the solutions ourselves – just like scientists do. “Science is often the process of just wondering why something is and then asking and asking until you figure out why,” Bills says. The fact that the process can get messy is a wonderful thing.

A dirty kid – covered in mud or paint or food – is often a kid who’s involved in just this sort of exploration. "To me, a dirty kid represents a rule breaker," Bills says. The smudges and stains represent coloring outside the lines, sometimes literally, as part of testing boundaries and gaining experience. Trying new things, making mistakes, and saying “But what if…” can be more powerful moments than simply following instructions to do things as they always have been.

New ideas and interpretations come from this kind of free-roaming play. “We can’t build the new world, where new ideas that are badly needed are created, unless we have independent, rule-breaking thinkers,” Bills says. “We need those dirty kids."

Adults could learn from this approach, too. By the time we grow up, we often trade asking “Why?” for “It is how it is.” There are schedules and bills and deadlines, piles of obligations and concerns that can form a rigid framework. That’s what makes it all the more important for grown-ups to cultivate a dirty kid mindset, too.

“At any time, we can step outside the boundaries of the prescribed attitudes and learn to interact with the natural world in new ways,” Bills says. It doesn’t take much. Even just a few moments at a park or in our own backyards can be transformative. “Lay on the grass and look up at the sky, actually hug a tree, go on a ‘smell tour’ of a nearby wild space, sit quietly and watch a bug for as long as you can, and the natural world reveals all kinds of treasures to us,” Bills says.

Breaking monotony to use our senses only fuels curiosity. Sometimes simply watching, smelling, or feeling leads to a “Why?” moment. And even if watching a beetle crawl or feeling how a flower changes texture over a season doesn’t lead to a career in science, we still need those moments. “These treasures can unlock our own creativity and reduce stress, making us better at whatever else we want to do,” Bills says, and that’s true whether we’re five or 50.