Behind the Scenes: What is a Species? 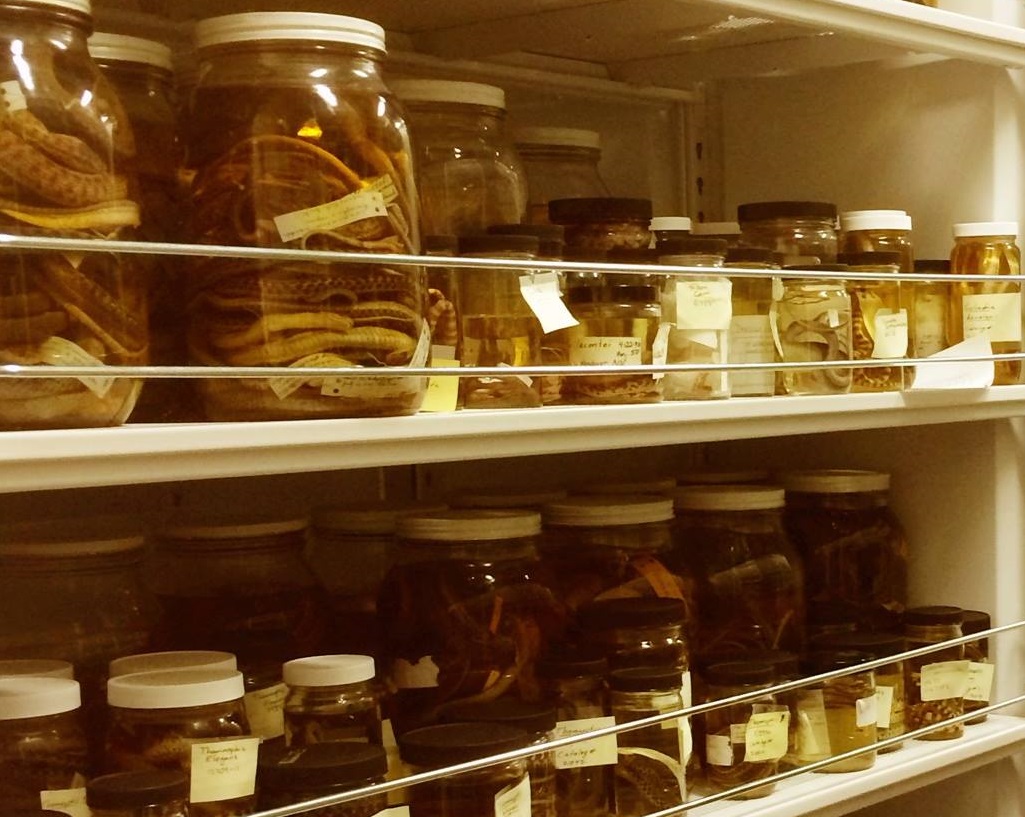 Museum collections are essential for determining the nature of species. Credit: NHMU

Our planet is full of life. Based just on what experts have identified so far, there are probably more than 2 million different species alive on Earth right now – most of them waiting to be discovered.

But the sheer number or organisms that share our planet brings up a more fundamental question – what is a species?

We can all look at a cat, a blade of grass, and a mushroom and know they’re different from each other. Each has their own species name, with each label tied together in one big Tree of Life. But organisms don’t come with nametags. The way experts identify, catalog, and revise life is part of a much bigger picture.

“Methods and criteria for defining species have certainly changed over time,” says Museum Curator of Zoology Eric Rickart. Centuries ago, when many sciences were in their infancy, naturalists often looked at what they could easily see to separate species. It’s easy to tell that a flamingo and an elephant are different species, for example, because one is big, gray, and has wrinkly skin and the other is smaller, pink, and feathery.

Different experts invented their own ways to organize these distinct species, but the standard was established by the 18th century naturalist Carl Linnaeus. He worked out a system in which each species gets a genus name – similar to your family name – and a species name that more precisely identifies the organism. A jaguar and a leopard both belong to the genus Panthera, for example, but the jaguar is Panthera onca and the leopard is Panthera pardus.

Over time, though, naturalists have turned to other techniques. Almost a century ago, Rickart says, biologists started using chromosome number and size to distinguish species. This was especially helpful among closely-related species that might be hard to tell apart just by looking at them. And as biologists have understood genetics to deeper and deeper levels, they’ve been able to bring the techniques to questions of biodiversity and detect “cryptic species” that can only be told apart by their DNA.

There are different scientific ideas about how species are named, and experts don’t always agree. Or new information may even show that a species has been miscategorized. What experts categorized as one species might be two or three, or what naturalists thought were two different species might turn out to be variants of the same one.

The organizing idea behind all this, Rickart notes, is that a species is “a group of organisms that show reproductive isolation from other such groups,” or don’t interbeed with other species. Of course, biology is never as neat and tidy as we might expect. “Some closely-related species may interbreed,” Rickart says, and sometimes hybrid offspring of two species might be recognized as a new species rather than a rare offspring. It’s easy to tell a mule deer from a mountain lion, for example, but it might be harder to draw a line between a magpie jay and a brown jay that can produce hybrid offspring. These considerations and debates are a constant part of biology, where the philosophy of science meets nature.

And it’s at that nexus that natural history museums plan a major role.

“Natural history museums are the primary repositories for information on biological diversity,” Rickart says. Specimens from different times and places are kept here, in the public trust, and offer a record of life. The specimens, tissue samples, DNA samples, and gene sequence data are all part of the record, offering a basis for comparisons between species and even the discovery of new ones. Zoological collections aren’t just where specimens are stored, but the form the heart of an ongoing conversation with nature.

Planning the future of Utah's waterways requires thinking like a...
Posted January 13th

How Fossils Confirmed the Dance of the Continents

Experts are starting to realize that North America is home to an unexpected diversity of leech...