Where Did All the Mammoths Go? 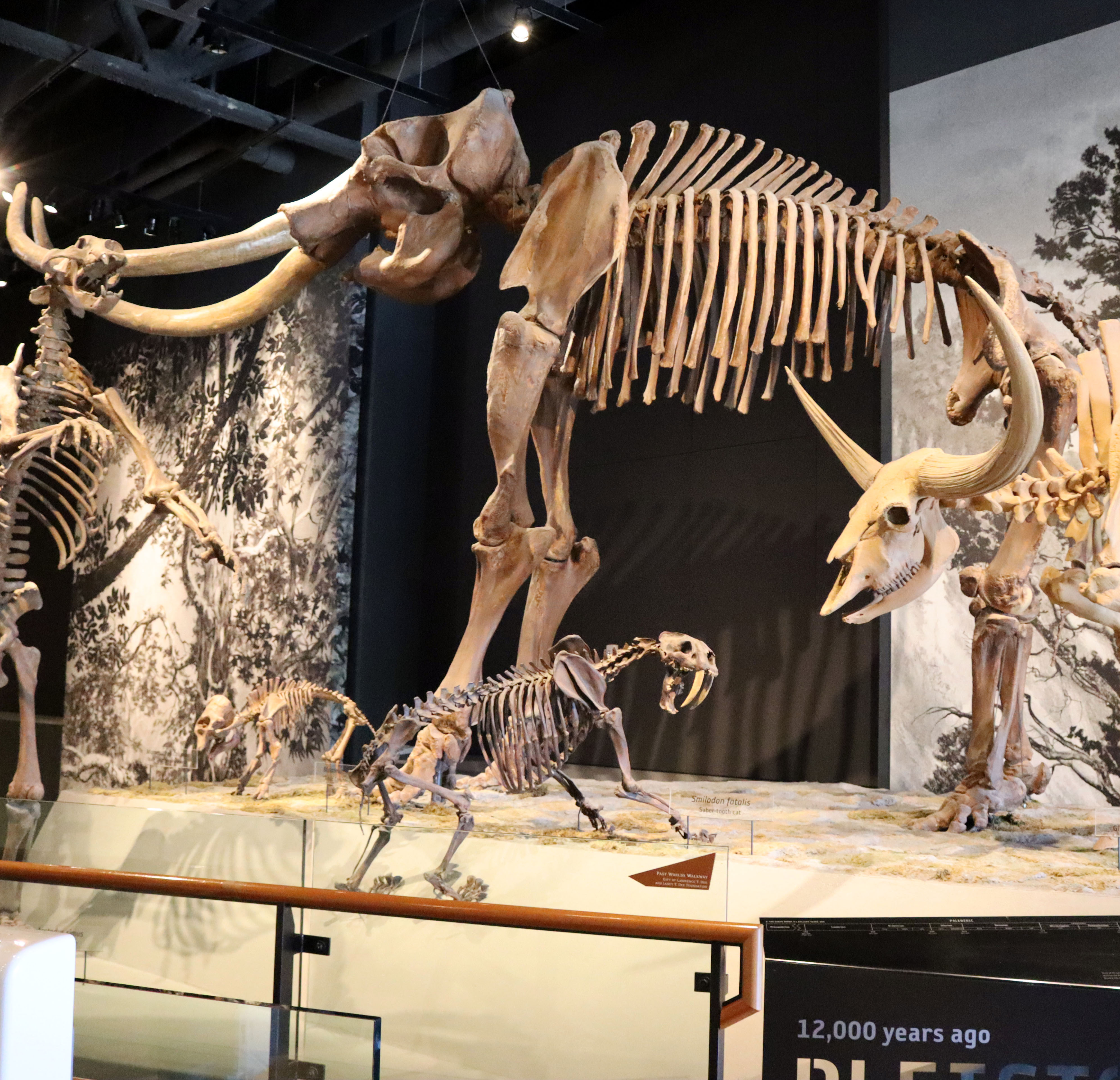 More than 10,000 years ago, during the last Ice Age, mammoths roamed Utah. Paleontologists have found their bones at various spots in the state, some so well-preserved that they still contained tatters of DNA. They were part of populations that ranged across North America and Eurasia, the biggest beasts on the landscape. But now they’re gone, the very last mammoths on Siberia's Wrangel Island succumbing to extinction about 4,000 years ago. What could have wiped out such a widespread species?

“Was it human impacts? Climate change? Some combination of both?,” says Museum Curator of Anthropology Tyler Faith. Experts have been debating these possibilities for over a century, comparing possible reasons for what happened to many of the large, charismatic animals like mammoths, sabertoothed cats, and giant ground sloths at the end of the Ice Age.

Some experts think that human hunters best explain the pattern, with extinctions seeming to follow humans’ path out of Africa and through the rest of the world. Then again, others note how only a few extinct species were prey and that causes like a warming, drier climate changed ecosystems in a profound way. Still others think both were at play, hunting and climate change setting the state of ecological collapse.

Up until recently, most of the story was told through bones and early archaeological sites. But now experts are able to draw more information than ever before from the past. Faith has been involved in the study of a stone point that has mammoth protein on it, a sign that the tool was indeed used to hunt mammoths. “Likewise,” Faith says, “advancements in the recovery and analysis of ancient DNA are allowing us to look at how populations of extinct species changed over time,” tracking how phenomena like climate change affected them.

Experts have not yet agreed on a single cause, if there even is one. But Faith notes that these studies are relevant to what’s going on around us today. “Though we have long focused on these causes of the extinctions, there is now a growing interest in understanding their consequences.” Big animals – like elephants, and mammoths – have outsized effects on the surrounding ecosystem. What vegetation they eat, where they walk, how much dung they produce, and more all shape the environment. Remove these ecosystem influencers, then, and habitats may rapidly change. Today, Faith points out, fire does the job that many big mammals did 10,000 years ago. “We are only beginning to dive into these kinds of problems,” Faith says, “so there is still a lot to be learned.”