Why Do Ants Farm? 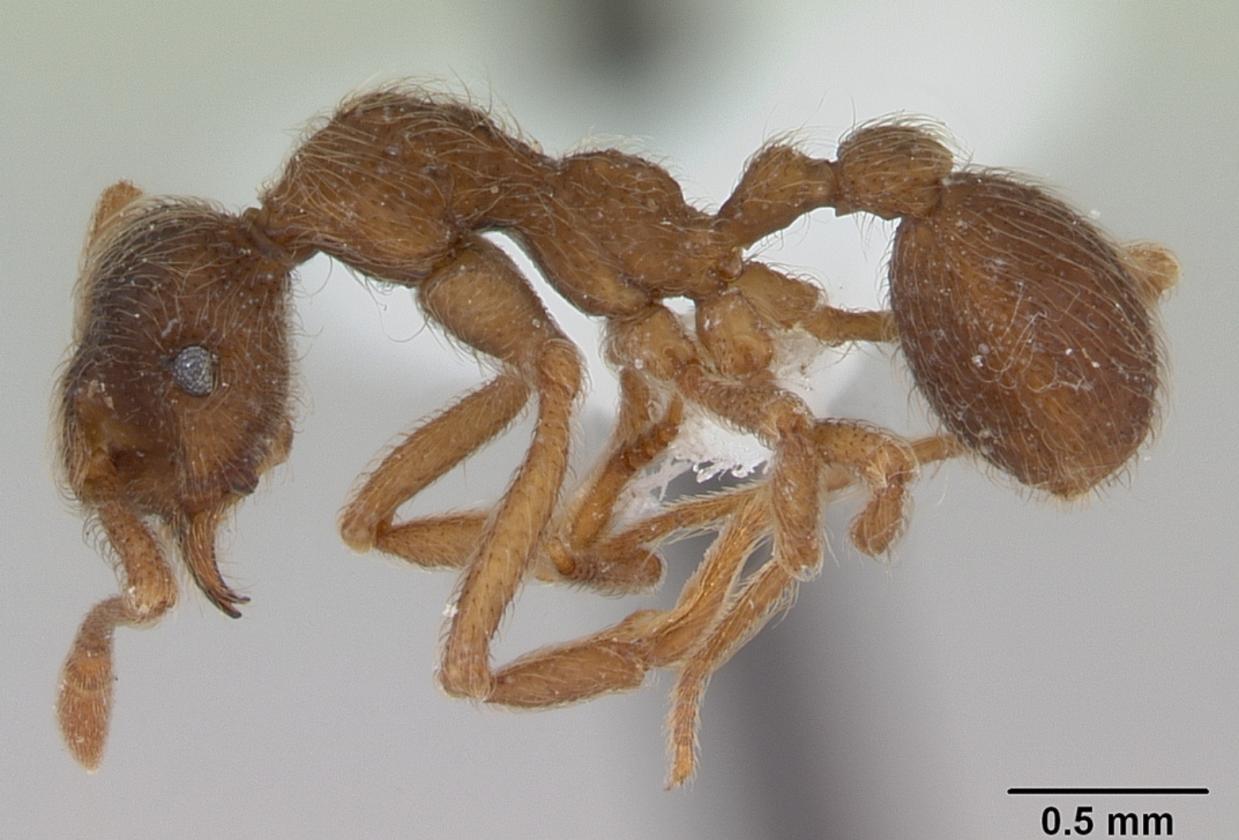 Humans aren’t the only species to invent farming. That might seem strange, but it’s true. Different ant species are farmers, too, just on a smaller scale.

You might have seen leafcutter ants in nature documentaries or at a zoo. These ants cut leaves, transport them to a place in their colony, and then fungus grows on the leaf pieces as food for the colony’s larvae.

But leafcutters aren’t the only other farming ants. Apterostigma, or fungus-growing ants, also cultivate food, just in a different way.

“Apterostigma ants live with their fungal garden in a small hole or sheltered area,” says Museum researcher Kendra Autumn. These special spaces, often found in or under logs, are where the ants bring seeds, insect droppings, or other debris and place it on the growing fungus. As untidy as this all sounds, though, the ants keep their garden clean. The ants “weed” the fungus, keeping it healthy. And that’s important. Not only do the adult ants nibble at the fungus when they need a little food, but their larvae grow up within the fungal garden – think about growing up inside a big salad.

But this cozy relationship has an interloper. There’s a parasitic mold that affects the fungus the ants rely on. In fact, Autumn notes, the organisms have been in association so long that they’ve affected each other’s evolution. “Family trees of the parasite and host show similar patterns of branching,” Autumn says, “suggesting that the parasite has followed the host over evolutionary time.”

The roots of this relationship only raise more questions. “The ants and their farmed fungi have such a highly specialized, mutually-beneficial relationship that you can’t help but wonder ‘How in the world could this have evolved in the first place?’” Autumn says. That one question leads to others, such as how ants come into such a close relationship with one particular kind of fungus or how being farmed affects the ability of the fungus to defend against parasites. Pull one thread and multiple mysteries come spilling out.