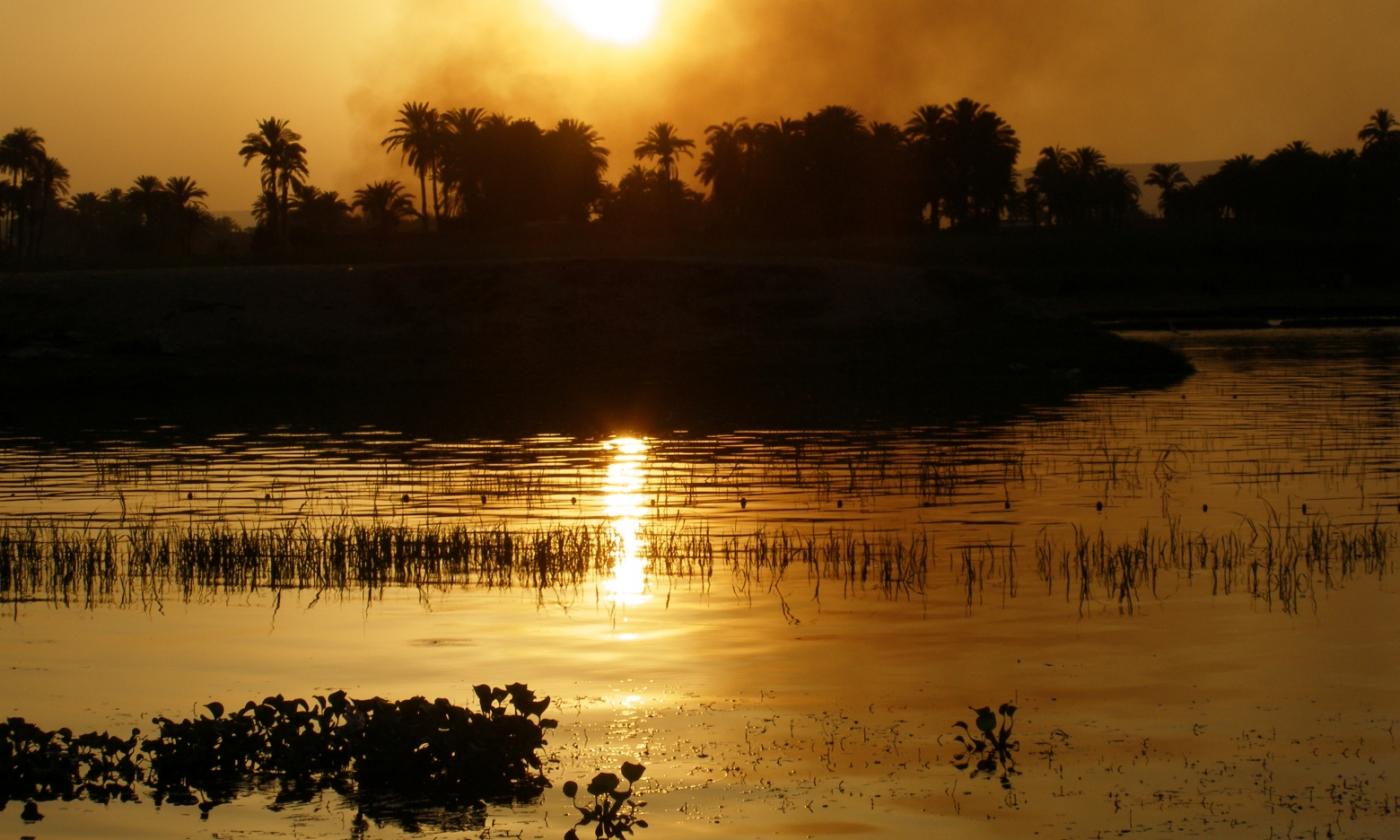 We adore love songs. Scan through the radio dial, or hit "shuffle" on your personal music library, and perk your ears to how many tunes are about love - love found, love lost, love between friends and family and our partners. And these affectionate anthems aren't unique to our modern era of pop. People have been composing love songs for hundreds upon hundreds of years, including the people of ancient Egypt. Egyptologist Cynthia May Sheikholeslami is an expert on these tunes from a different time.

Sheikholeslami didn't initially intend to be versed in ancient Egypt's love songs. "I was introduced to ancient Egyptian literature while I was an undergraduate," she says, and one of the students in her class was working on translating the culture's love songs into more modern forms. Her peer's interest dovetailed with her own curiosity about ancient Egypt - she was researching the role of pomegranates in the culture - when she realized that a supposed reference to pomegranates in one song actually referred to a different fruit. That realization led her to dig deeper into how ancient Egyptians expressed love through song.

Despite being written centuries ago, the love songs of ancient Egypt would likely sound familiar to us. "The themes of love songs are pretty universal," Sheikholeslami says, with the musical poetry focused on how attractive our beloved is, the longing to be with our adored, and how painful separation can be. The love songs composed along the ancient Nile also took a number of cues from nature, just as modern love songs often focus on the birds and the bees. Still, the local conditions around the cultural centers of ancient Egypt certainly influenced the imagery in the poetry. The annual inundation of the Nile was incredibly influential in ancient Egyptian art, a life-giving event. "It's likely that the love songs were sung during a festival celebrating the annual flood of the Nile in mid-July, which brought the water that renewed life and fertility in the flood plain after the spring to summer drought," Sheikholeslami says. This was the ancient Egyptian equivalent of what we might call "summer love," when "it was time to make love and create new life," Sheikholeslami notes.

Most of what's known about these songs comes from their lyrics, the written poetry of romance. What we don't know about is how these songs would have sounded to listeners. The melodies are lost to time. Still, Sheikholeslami says, the songs "probably features harps, wind instruments, and percussion instruments, some of which are still played in the Middle East."

Our modern top 40 love songs are an echo of what ancient Egyptians expressed so long ago. The emotions and experiences - the bitter and the sweet of romance - connect us across time. "In some ways," Sheikholeslami says, "we are not so different from the people of the Nile Valley, and pharonic culture is still relevant to us today."