Did a Disease Wipe Out America's Ice Age Beasts? 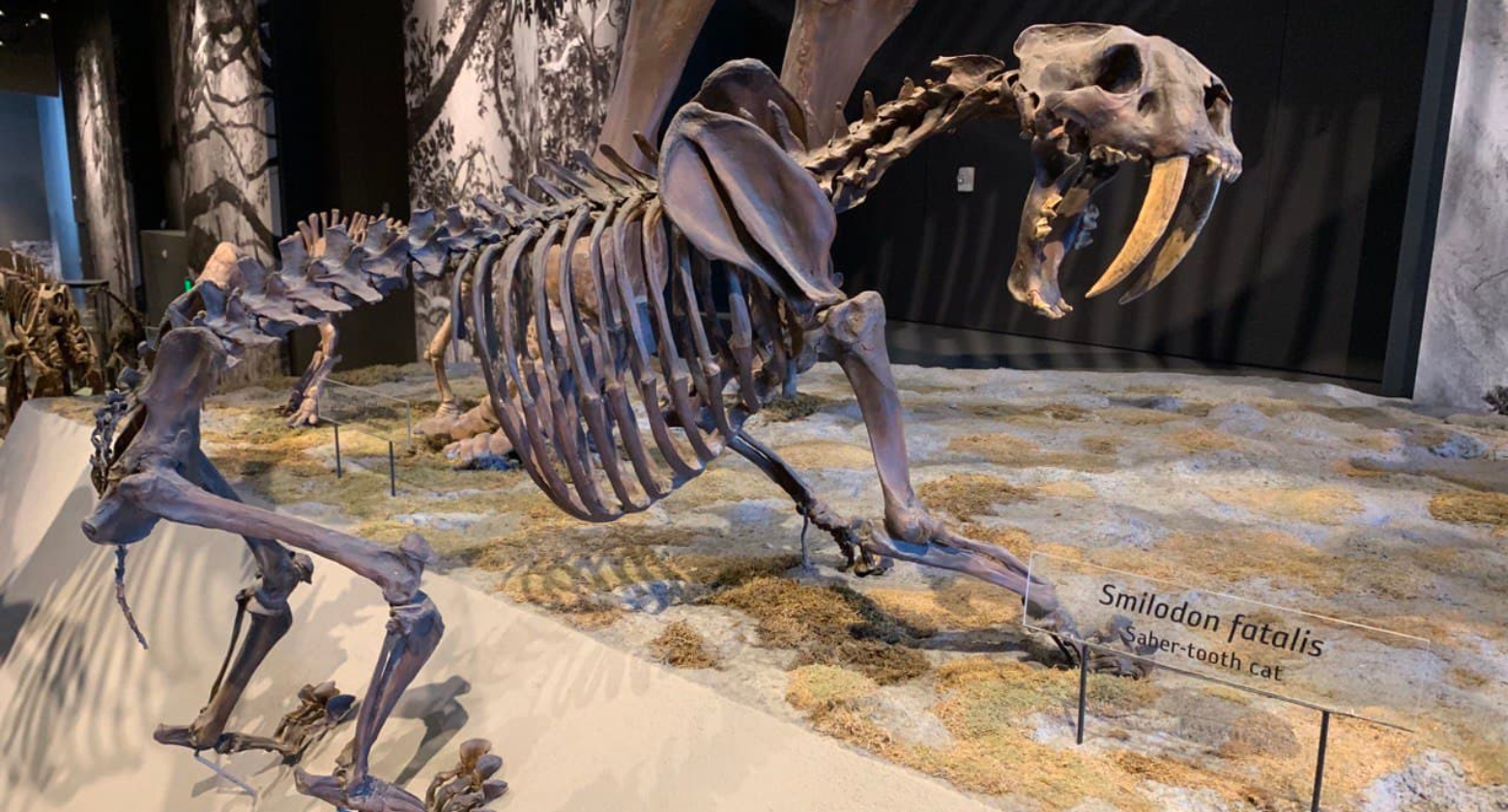 Sabertoothed cats like Smilodon were among the many beasts that disappeared at the end of the Ice Age. ©NHMU

Where have all the mammoths gone? In purely literal terms, the very last mammoths perished about 4,000 years ago when an isolated population on Wrangel Island suffered a genetic meltdown. Paleontologists have been able to reconstruct that much, at least. But the fate of the final mammoths is only one part of a much bigger story. During the end of the last Ice Age, peaking around 12,000 years ago, many of the world's large, land-dwelling animals went extinct. Giant ground sloths, sabertoothed cats, mastodons, huge camels, and many more creatures - often called megafauna - vanished forever. During the past 100,000 years, NHMU Curator of Archaeology Tyler Faith notes, about two thirds of the world's large, land-dwelling animals have gone extinct. The question that paleontologists have been mulling over for decades is "Why?"

Even though debate continues about the pattern and process of Ice Age extinctions, paleontologists have largely centered on two main culprits for the end of North America's megafauna - hunting by humans and rapid climate change as the world became wetter and warmer. But these aren't the only ideas. In 1997 researchers Ross MacFee and Preston Marx suggested that an unknown hyperdisease may have ripped through animal populations and decimated the continent's large mammals. Perhaps, the experts speculated, there was some disease that humans or their livestock carried that was able to jump between species and rapidly wipe out the large species that tend to reproduce more slowly and are not as resistant to such changes.

But how would such a disease work? Even though the hypothesis made waves when proposed in the 1990s, researchers have largely come to the consensus that it wasn't a disease that did in the mammoths and mastodons. "It's a bit of a stretch," Faith says. First, he notes, a disease capable of causing the extinction pattern had to be able to jump between species in a way unparalled to anything we've seen before. This wasn't just a disease of prehistoric elephants, or sloths, or cats, or birds, or any specific group, but would have to affect all of them. On top of that, Faith points out, the pattern of extinction indicates that the largest animals were the hardest hit by extinction. A disease that causes extinction based on body size is unknown and unlikely. Not to mention that if a hyperdisease were responsible then scientists would expect that disease to persist for a longer period of time, or still be with us now. There's no indication that's the case, Faith notes, and so the suggestion that a disease toppled the megafauna feels pretty thin.

Wondering about such hypotheses is all part of piecing together the past, and even discarded ideas can still help frame some of these major events in the history of life on Earth. While Ice Age extinctions are often discussed in terms of extinction and survival, for example, the changes weren't just a matter of organisms disappearing. Animals are critical parts of their environments and help shape them. "It's not just animals missing, but the way it completely changed the way ecosystems work," Faith says. Large herbivores like mastodons and ground sloths are sometimes referred to as megaherbivores. These giants pushed over trees, ate tons of plants, left dung everywhere, and shaped their environments into much more open and variable habitats than the forests or grasslands we're familiar with now. Whatever happened to these animals, it fundamentally changed the world around us - a lost world just a hair's breadth from our present time.

Behind the Scenes Reimagined series.