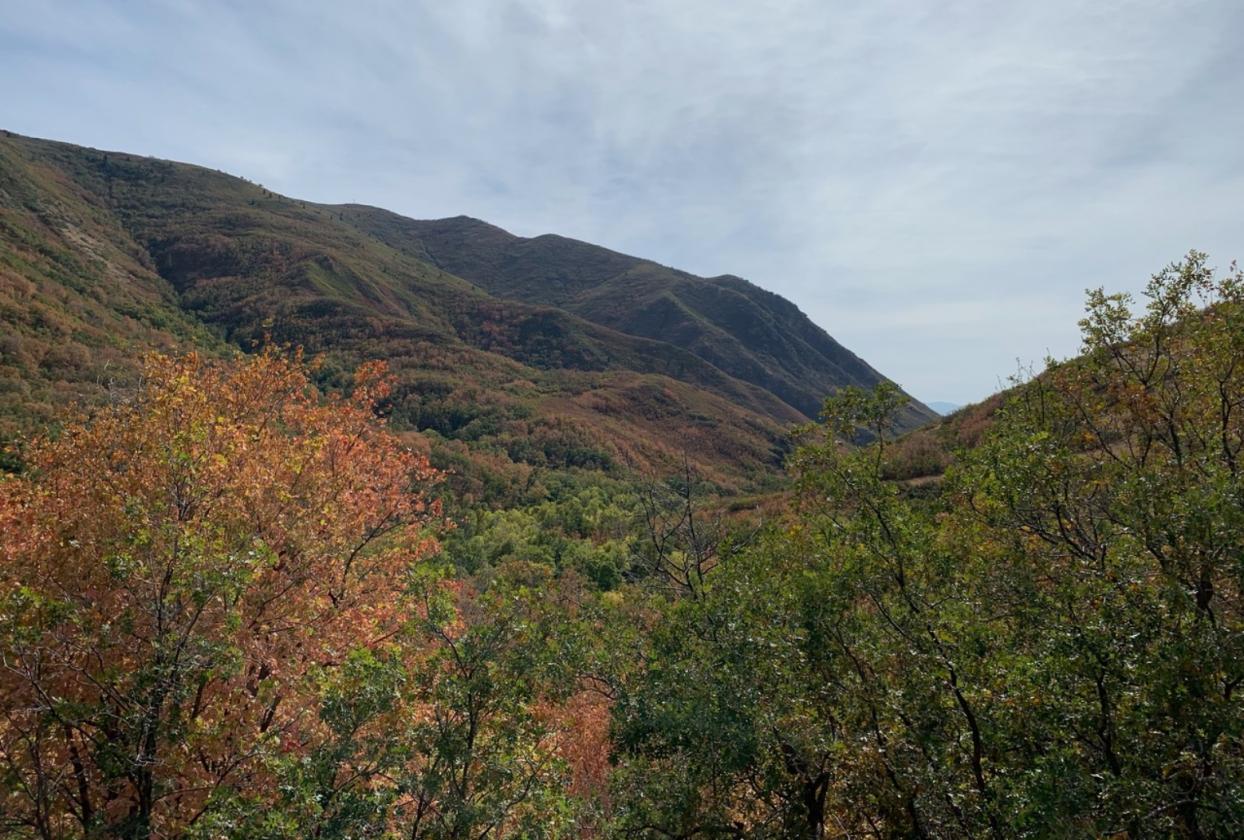 The Wasatch Front is brimming with wildlife, right near the heart of Salt Lake City. Credit: Austin Green

The Wasatch Front is a wild place. That might seem like a strange thing to say. Salt Lake City is rising up and up, with cities and towns spreading out along the foot of the mountains. Yet it's not uncommon to see mule deer, mountain lions, magpies, brown tarantulas, porcupines, rattelsnakes, and other creatures along the ecosystem edges where the urban and suburban meet wild spaces. And part of the reason we know these creatures are here is because of community scientists working with Wasatch Wildlife Watch.

The project, says Wasatch Wildlife Watch researcher Austin Green, started off as a way to collect data about what animals live around the Central Wasatch Mountain Range - especially those that live near people. Ecologists and biologists started the initiative. But the Wasatch Front is a huge area, and so the researchers knew they needed some help. "In order to study these things at such a large scale, and to make sure the data are used for on-the-ground conservation efforts," Green says, "we opened it up to the community."

In a partnership with the Natural History Museum of Utah, the University of Utah, and Salt Lake City Parks and Public lands, the Wasatch Wildlife Watch developed a plan to use trail cameras to document the animals around the Wasatch Front and collect the much-needed data. "Community scientists are involved in nearly every aspect of this project," Green says. Every community scientist helps sort through trail camera images to document wildlife, and many also set up and maintain their own camera stations along the trails. Bringing more people in has definitely helped the project. "The knowledge and insight these individuals bring is invaluable," Green says, and the project has definitely been improved by the perspectives and suggestions of the community scientists involved.

Through its run, the project has shown that many animals thought to live "out there," away from human habitation, often come into backyards and live closer to people than they know. "Part of the beauty of this project is showing people the value of their property as important habitat for all sorts of critters," Green says.

Wasatch Wildlife Watch is about more than just collecting data, though. The project also changes its participants. "We try to share all results with every participant in an effort to inspire and promote critical thinking," Green says. When community scientists get engaged with the fieldwork part, setting up and maintaining camera traps, it only deepens people's understanding and appreciation for the wildlife all around us. "I think it goes a long way to shaping how these individuals interact with environments they work with," Green says, "and I hope it helps highlight just some of the natural beauty this place has to offer."