Transgender Women Trailblazers Are Changing the Nature of Science 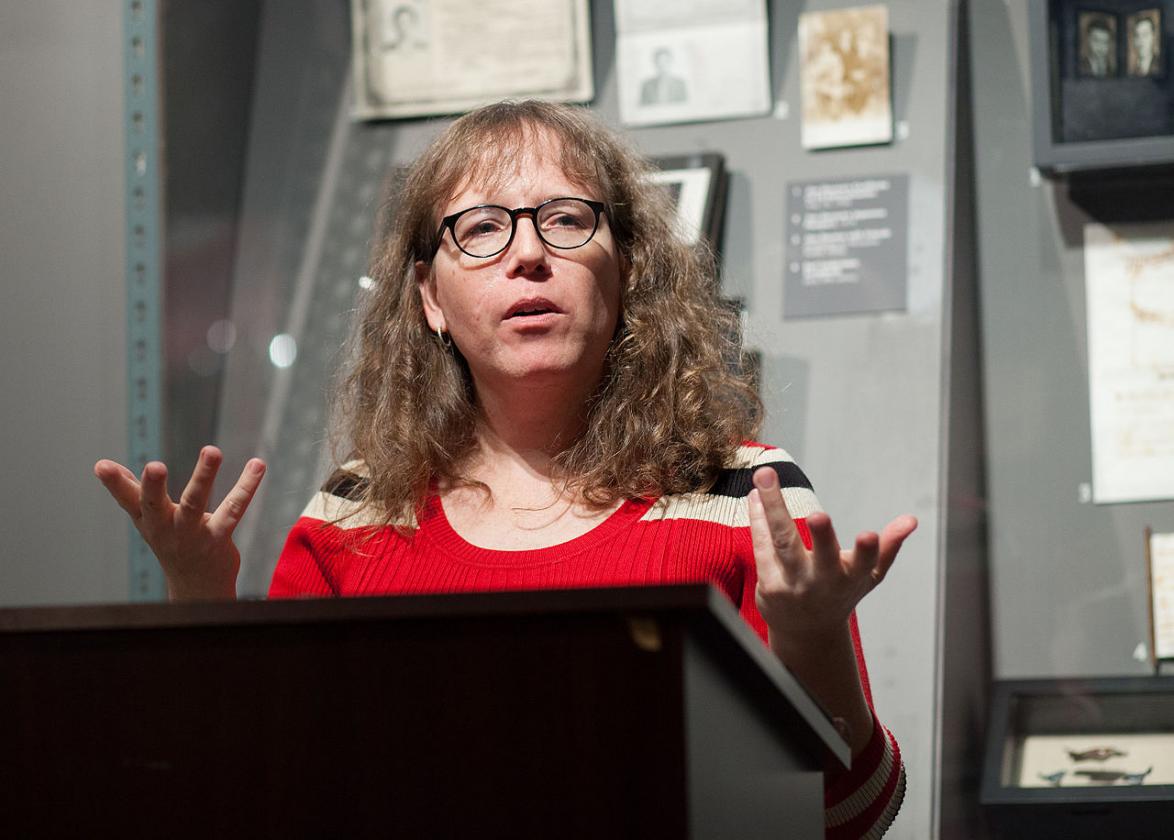 Biochemist and author Julia Serano is one of many transgender women who have changed science. Credit: Pax Ahimsa Gethen CC BY-SA 4.0

From the outside, science can look like a vast and ever-expanding series of facts. Science is often communicated in terms of certainty - what experts have now discovered or feel sure about. Yet scientists themselves know this isn't true. Science is a process, an onging conversation that spans generations. "What actually makes science fascinating," writes biochemist Julia Serano, "is that every answer we find inevitably leads to many more questions. And almost without fail, the more we learn about nature, the more complex it turns out to be." Serano knows this truth better than most - not just from her intensive study of molecular biology, but because she's a transgender pioneer in science.

Stories of transgender people in science have often gone unnoticed or unrecorded. Even in my own field of paleontology, I only learned about trailblazers such as Dawn E. Peterson by accidentally stumbling upon a biography. We are only now beginning to rediscover some of these scientific icons and their amazing accomplishments, including the ways they've overcome discrimination and professional barriers to change the nature of science for everyone. Physicist Angela Clayton, for example, used her expertise to help reduce the chances of nuclear accidents as well as acting as an advocate for the rights of transgender people. And given that you're likely reading this on a computer or phone, you have computer engineer Lynn Conway to thank for microchip innovations that enhanced computer processing and memory.

From physics to paleontology, from the workings of the cell to computer chips, transgender women have made incredible contributions to science and have pushed to make science a more welcoming place for everyone. And that initiative continues - March 31st is the Transgender Day of Visibility in STEM, and efforts like 500 Queer Scientists have helped highlight transgender women alongside many other LGTBQIA+ researchers. Equity in science for all - no matter our sex, gender, race, or any other demographic category - has becoming a growing call as researchers seek to undo and heal the systemic discrimination that science has been struggling with since its origin.

The barriers and discrimination trans women in science face are still all too apparent. Often, we don't know anyone like us in the museums, universities, and laboratories we work in and information about role models who came before us is sparse. In fields that have longstanding problems with sexism - such as medicine and healthcare - trans women are often excluded or not thought of at all. As a 2019 article in the medical journal The Lancet put it, "Although some STEM and global health organisations have taken steps towards addressing this inequity by hiring trans women and instituting anti-discrimination policies based on gender identity, there has been insufficient monitoring of these trans-inclusive protections and limited success at eliminating biases to trans people." Representation and mission statements are not enough. Trans women - like all transgender people - require more assistance and effort to correct the ways we've been stigmatized by or pushed out of science.

We truly do need the insights of transgender women in science, particularly in the biological sciences. Science is carried out by people, and the experiences and backgrounds of scientists influence how they see nature. Trans women in science, and trans scientists in general, look at biology differently - not as a set of discrete boxes but in terms of fluidity, variability, and change. Hardline delineations cited in elementary school textbooks about chromosomes, hormones, or brain activity have fallen by the wayside, revealing that we - like the rest of the nature - encompass an incredible amount of biological variability that makes more sense as a broad and diffuse spectrum. Science thrives on debate and questioning what we're always assumed to be true, and trans women in science have been doing just that for decades.