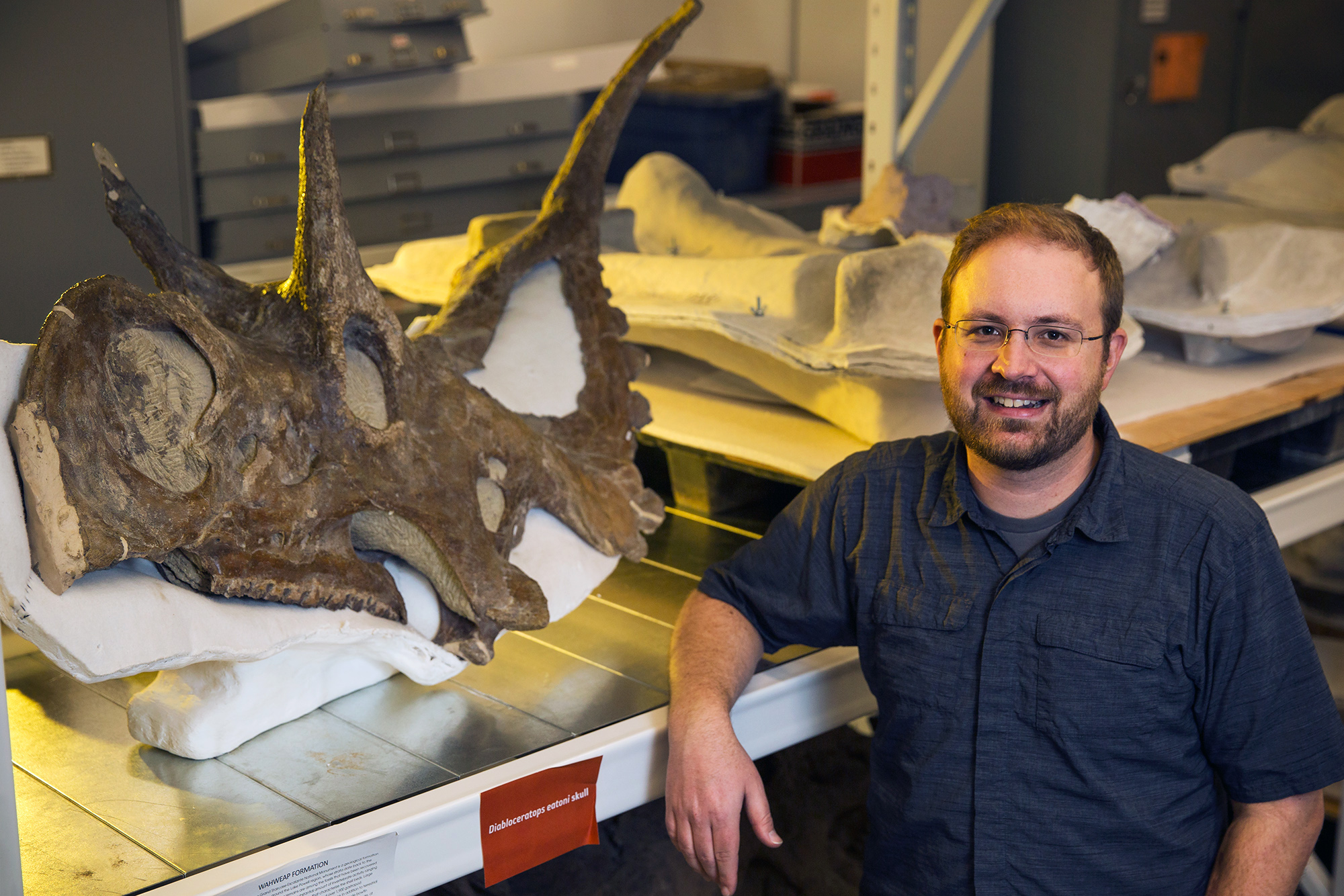 Irmis' research asks how vertebrate animals living on land evolved through deep time, particularly in response to climate change and other events. This has engaged him in discovering more about the Triassic Period, the oldest known time for dinosaurs. During this time, there were many reptiles living besides dinosaurs, many of which were larger and more abundant than early dinosaurs. This unique fact has Irmis asking the question: Why did dinosaurs become so successful while other animal groups died out? His research has resulted in many field seasons at Ghost Ranch in New Mexico where critical fossils have been found documenting this early time of dinosaur evolution. According to Irmis, Utah also offers the same geologic rock formations as the Triassic Period and possibly fossils that will reveal more about this time period, and Irmis is currently leading field projects to understand what was going on in Utah during this time of early dinosaurs. Irmis is also leading museum fieldwork in the Late Cretaceous of Grand Staircase-Escalante National Monument (southern Utah), where his team is investigating why Utah had such unique dinosaur and other reptile species 80-75 million years ago, even though an enterprising dinosaur could have walked from Alaska to the Gulf of Mexico. As Irmis says, "Perhaps the changes in climate and vegetation from north to south kept different species from spreading widely across the continent."

Irmis has published over 100 scientific articles, papers and abstracts, including several papers in the leading scientific journals Science and Nature. He has received many grants and fellowships for his research, including from the National Science Foundation, National Geographic Society, National Park Service, and Bureau of Land Management. Irmis has over 20 years of field experience, working primarily in the Triassic Chinle Formation of Utah, New Mexico and Arizona; the Late Cretaceous of southern Utah; with other field projects in the Miocene near Bakersfield, California, Triassic and Jurassic of Ethiopia, and Pleistocene of Sonora, Mexico.

Irmis has been recognized with many academic awards and honors throughout his student career, including the 2011 Faculty Research Award from the University of Utah Department of Geology & Geophysics, NSF Graduate Research Fellowship, University of California George D. Louderback Award, and Society of Vertebrate Paleontology Bryan Patterson Memorial Award.