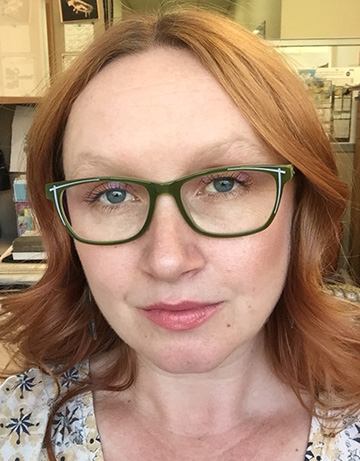 Dr. Shannon Arnold Boomgarden RPA, began working in archaeology nearly two decades ago and has been involved in Range Creek Canyon since the early 2000s.  Shannon’s dissertation summarizes much of the archaeological and experimental research conducted by the field school over the past 16 years.  Working with reconstructions of the canyon’s environment around 950 years ago, and using experimentally derived data on the costs and benefits of irrigation in Range Creek, Shannon has developed a formal model that predicts when and where irrigation is expected and where it isn’t based on data from experimental fields in Range Creek.  This general model is applicable to studying early farmers throughout the American Southwest, and is the foundation for studying prehistoric farmers throughout the semi-arid regions of the world. Shannon is an Adjunct Assistant Professor in the Department of Anthropology, the Director of the Archaeological Field School, and has actively been engage as the Principal Investigator for the Field Station for the past several years. Corinne's interest in archaeology was sparked by elementary school lessons of ancient Greece, Italy, and Egypt.  Years later this early interest surfaced with a visit to Utah's Fremont Indian State Park and a sign in the window asking for volunteer trail guides.  From that point on she was hooked and often jokes that her archaeological career is the result of a midlife crisis - a Masters Degree in Anthropology from the University of Utah is her equivalent to the infamous little red Ferrari. Corinne Springer is currently employed by the Natural History Museum of Utah as Manager and Resident Archaeologist for the Range Creek Field Station.  She lives at the ranch from April to November, weather permitting, and engages in a host of activities.  As site manager she assists in scheduling, tours, public relations and a host of tasks that don't immediately come to mind when someone says archaeologist- hostess, cook, farrier, wrangler, gardener, mechanic, farmer, plumber, roofer, painter, ditch digger, fire fighter... She also finds time to pursue her research interests: prehistory of the Great Basin and Colorado Plateau, ethnobotany, and prehistoric land use and settlement patterns. Dr. Duncan Metcalfe, was U of U Associate Professor of Anthropology and Curator at the Natural History Museum of Utah for 40 years. Duncan worked tirelessly to foster an multi-diciplinary and inclusive approach to the research effort in Range Creek. Already research teams from a number of universities, colleges, consulting firms, and community groups have joined the collaboration. Duncan's research interests include archaeological method and theory, evolutionary ecology, and prehistoric cultures of the Great Basin and Colorado Plateau. In his spare time Duncan enjoys working, piloting a drone - gardening, remodeling, and fixing cars.