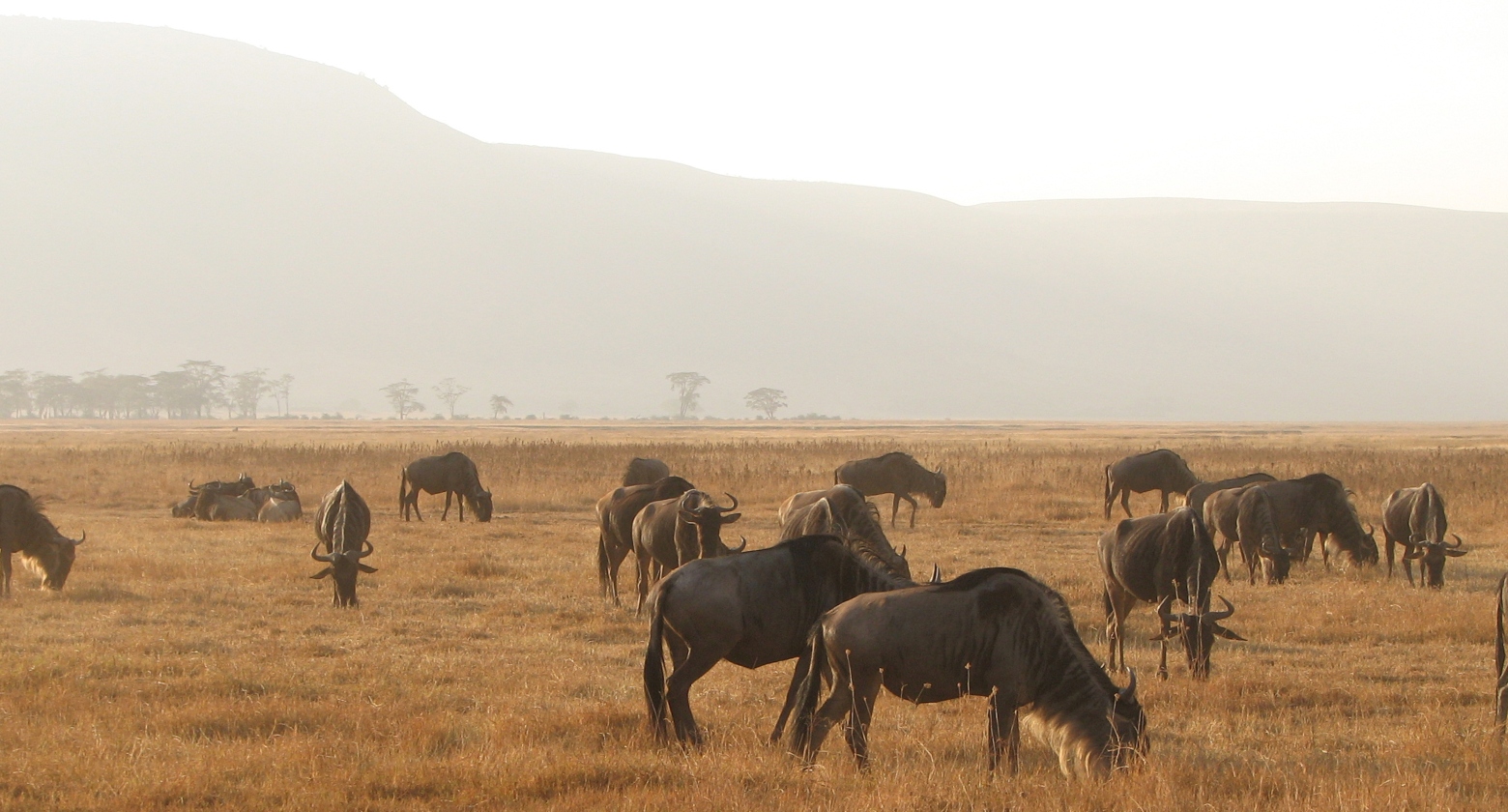 Gazing at the African savanna can feel like traveling back in time. Many of the animals that still roam these grasslands today – from lions to giraffes – lived alongside our human predecessors and relatives in the recent past. Films and pop culture only intensify the imagery, making it feel as if these ecosystems are hold overs from a more ancient time. But that’s an illusion. As new research by Natural History Museum of Utah Curator of Archaeology Tyler Faith shows, our early human ancestors and relatives evolved along very different communities of large animals.

The new study, published in PNAS, follows years of research on how scientists reconstruct prehistoric environments. “I spent much of the last few years writing a book on reconstructing ancient environments from fossil animal remains,” Faith says, and during that work it became clear that researchers have long used modern animal communities to infer what the past was like. The trouble is that this approach can obscure how the past was different than our modern time. “I work primarily in Africa,” Faith says, “so this problem got me thinking about how ancient African ecosystems might have differed from those we see today.”

To understand how ecosystems in Africa have changed over the past seven million years – the timeframe in which the first humans evolved and proliferated – Faith and colleagues looked at 305 different communities of herbivorous mammals, both modern and ancient. What they found is that mammal communities in the past weren’t just like those of today. Ancient humans originated and evolved against a significantly different backdrop.

“The acacia-dotted grassland teeming with herds of wildebeest, gazelles, and zebras frequently comes to mind when asked to picture an African ecosystem,” Faith says, “but this is relatively new when we’re thinking in terms of the vast timescales of human evolution.” Prior to 700,000 years ago, for example, animal communities in Africa included many more large herbivores – those weighing more than 1,000 kilograms. During a stretch of time called the Pliocene, between 5.3 and 2.5 million years ago, Faith notes, “there were several proboscidean species living side by side, including gomphotheres, deinotheres, and other members of the elephant family.” More than that, there would be far fewer antelope. Instead you would see more species of horses, hippos, pigs, and giraffes on the landscape.

Such differences go deep. "A key issue is that large herbivores aren't just passive parts of the ecosystem," Faith says. "They can alter the landscape around them by eating the plants, trampling soils, and toppling trees." These influences - particularly of large animals categorized as megaherbivores - affect how susceptible a landscape is to fire, how nutrients are cycled through the environment, and what plants grow where. "The implication," Faith says, "is that these unusual herbivore communities are signaling past ecosystems that functioned unlike any today and the presence of ancient habitats lacking modern analogs."

What, then, created the mammal communities we see in Africa today? Climate holds the key. “Beginning around 1 million years ago, Earth’s climate shifted to a phase of extremely high-amplitude climate fluctuations—the sort of fluctuations that translate to massive ice sheets covering much of the northern hemisphere,” Faith says. In Africa, this meant conditions got drier more often and with more intensity. This was bad news for animals like the giant elephants, horses, and giraffes, Faith notes, given that these animals are much more dependent on water sources than mammals like antelope that can take up moisture from their food. A drier climate put pressure on many of the unusual mammals while allowing species we think of as common today, like antelope, to expand.

With this growing ecological understanding in place, we can better perceive our own origins. Seeing early humans against an essentially modern African backdrop would lead us to misinterpret our past. Instead, the research conduced by Faith and colleagues is allowing to understand how strange our past could be. “We are hoping that the studies will push our field to more seriously consider the ecological and evolutionary implications of the fact that our ancestors evolved in ecosystems far removed from anything we know today,” Faith says, which in turn raises questions about the role of environmental shifts in our history. To understand the present, and even the future, we must understand the past.