Animals who have adapted to live with us 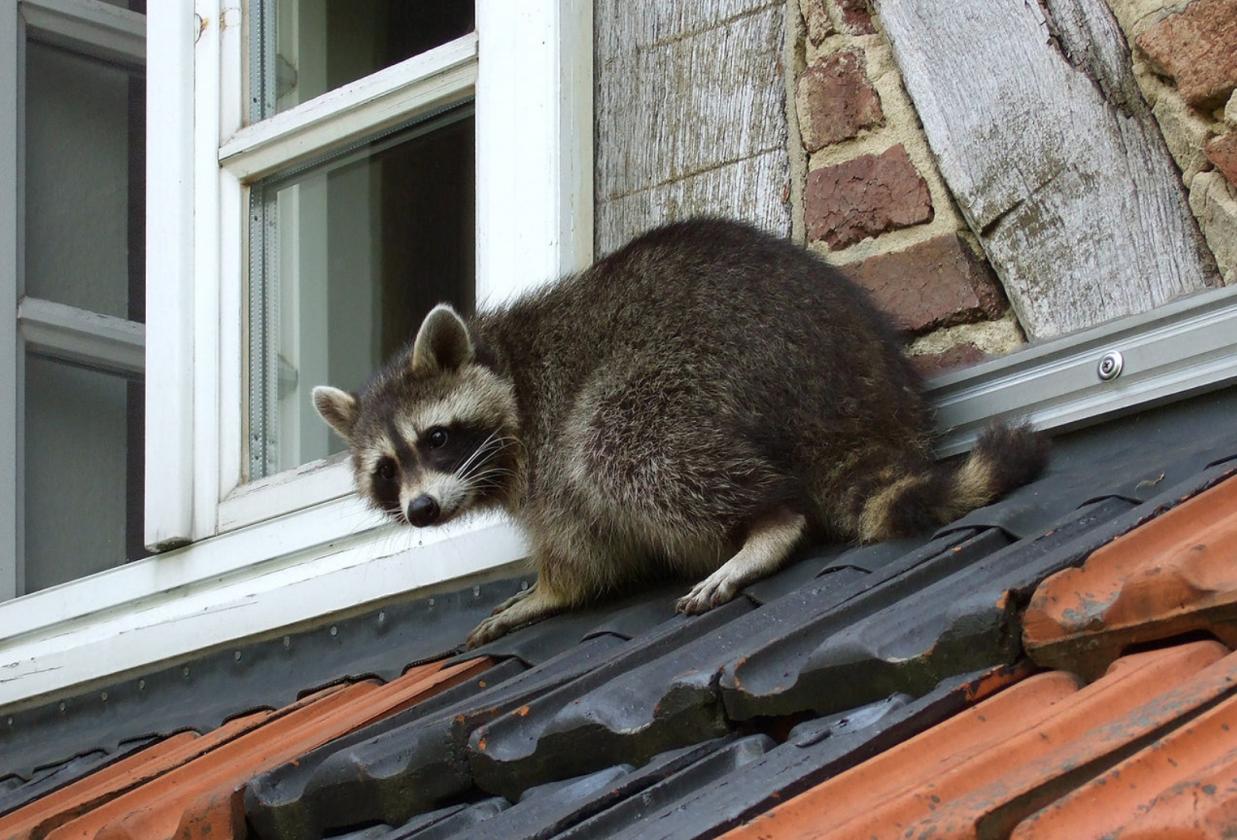 Raccoons are one example of a synanthrope, an organism that benefits from human-modified habitats. Credit: Carsten Volkwein CC BY-SA 2.5

There’s a special name for the raccoon in your garbage, the opossum who lives in the local park, and the Bradford pear that makes your block smell like fish every year. It’s not “pest,” although that used to be the term for species we found fault with. It’s synanthrope – a word for organisms that have adapted to live with us.

To be clear, synanthropes aren’t animals we’ve raised as livestock or plants cultivated for food. They’re organisms – native to the area or not – that have made a home with us in our heavily-modified landscapes. A housecat who stays indoors is not a synanthrope, but a pigeon picking crumbs off the sidewalk is.

One of the marks of a true synanthrope is that the organisms prosper in settings like cities. Mammals such as kit foxes and raccoons, for example, can have higher population densities in cities and urban parks compared to surrounding rural areas. This means who is, and who isn’t, a synanthrope is context dependent. Coyotes often live in and around cities, for example, but ecologists don’t always agree on whether the canids are synanthropes or are being negatively affected by city life. A species can be a synanthrope in one place but not another, depending on the details.

Some synanthropes are so intertwined with us that we have lived with them for centuries, and will continue to. The brown rat has thrived thanks to all the places we provide for them to live and all the food we unintentionally offer. And synanthropes, in turn, affect other forms of life. While mountain lions prefer prey like black-tailed deer and elk, for example, in urban environments they eat a greater number of the synanthropes that live there. In Salt Lake City, the red-tailed hawks that roost around Temple Square on feed on city birds do the same.

But the most important facet of synanthropes is philosophical. They are reminders that we are not separate from nature. For as long as there have been humans, there are some organisms that have suffered for our activities and some that have benefitted. Organisms from rats to earthworms have spread around the world with us, changing the nature of the places we call home. The world wouldn’t be what it is today without the species that rely on us, and they’re here to stay.