Egypt's Nile Is Home to a Special Crocodile 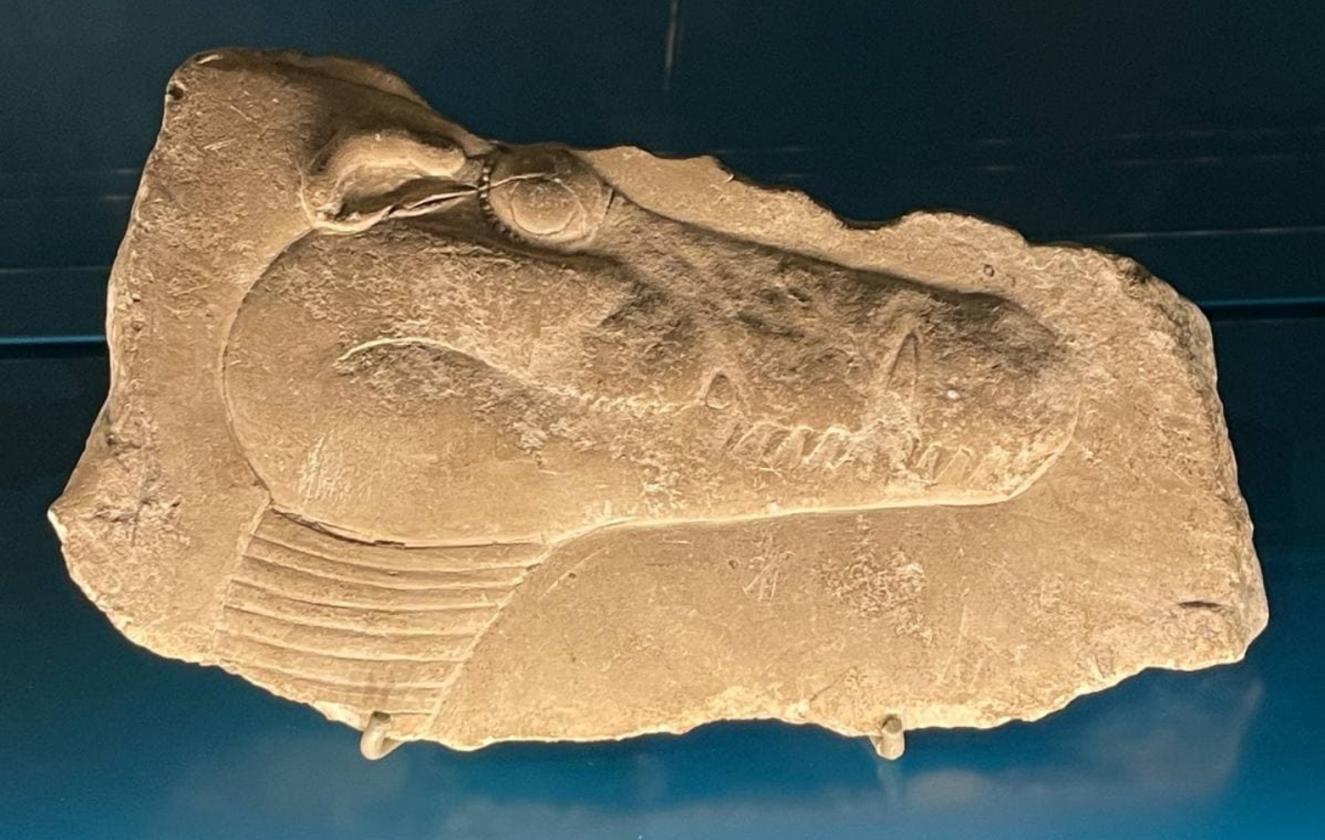 A relief carving made by Ancient Egyptians depicting a crocodile. ©NHMU

The Ancient Egyptian pantheon was filled with powerful gods, but among the most striking of all was Sobek. The deity didn't have one single appearance. Sometimes Sobek - also called Sebek - appeared in a human body with a crocodile's head. Other times Sobek was depicted as fully crocodylian, like the living reptiles that basked along the Nile River.

Ancient Egyptians payed close attention to the animals around them, especially those associated with the nourishing Nile River. It'd be hard to miss the large crocodiles that lived within the river and along its banks, and, given the fearsome reputation of the reptiles, Sobek was associated with the power of the pharohs, military strength, and, fittingly, the ability to offer protection from the crocodiles, hippos, and other dangers of the Nile.

While Sobek's popularity waxed and waned over time, the deity maintained a presence in Ancient Egypt from the time of the Old Kingdom over 4,000 years ago through what archaeologists call the Roman period, around 2,000 years ago. In an area of Egypt called Faiyum, Sobek was especially revered and mummies of crocodiles were often created as a tribute to this powerful and aggressive figure.

But what species of crocodile inspired the nature of Sobek? For decades, the answer seemed obvious. The waterways of eastern Africa are often home to the Nile crocodile, Crocodylus niloticus, which can grow to be more than 16 feet long and are some of the largest reptiles on the planet. They're often quite aggressive and are not shy about nabbing unwary prey - including humans - from the water's edge. But in recent years herpetologists realized that there was more than one species of crocodile in the waters of the Nile Delta.

Saint-Hilaire was studying these animals long before scientists understood or avidly studied the genetics of wild species, though. It wasn't until the beginning of the 21st century, when geneticists compared the genes of some mummified crocs to Nile crocodiles, that they found Saint-Hilaire was correct. The two really are different species, and are not very closely-related as crocodiles go.

Geneticists upheld the name Saint-Hilaire coined in 1807 for the mummified crocodiles, Crocodylus suchus, and have determined that this species is generally smaller and less aggressive than the famous Nile crocodiles. Ancient Egyptians seemed to notice this, too. When genetics experts sampled crocodile mummies from three Ancient Egyptian burial sites, all of them turned out to be from Crocodylus suchus. Given that these crocodiles were more amenable to captivity, too, Ancient Egyptian pharohs sometimes kept them as pets or these crocodiles lived in temples meant to honor Sobek where they were fed and festooned with jewels during periods when Sobek was popular. And while Crocodylus suchus is rare in the Nile today, the species can still be found in the lakes and lagoons of many countries in central and eastern Africa.

It's difficult to definitively tell which crocodile species inspired Sobek. The god's fearsome reptuation is more like a Nile crocodile, but Crocodylus suchus was easier to catch, keep, and mummify. Perhaps both contributed to the imagery. Either way, these grinning reptiles were important symbols to the people of Ancient Egypt, and they knew more about them than biologists did for centuries. Modern science stumbled upon what the Ancient Egyptians already knew, and we have much left to learn about the reptiles that so inspired generations of people.