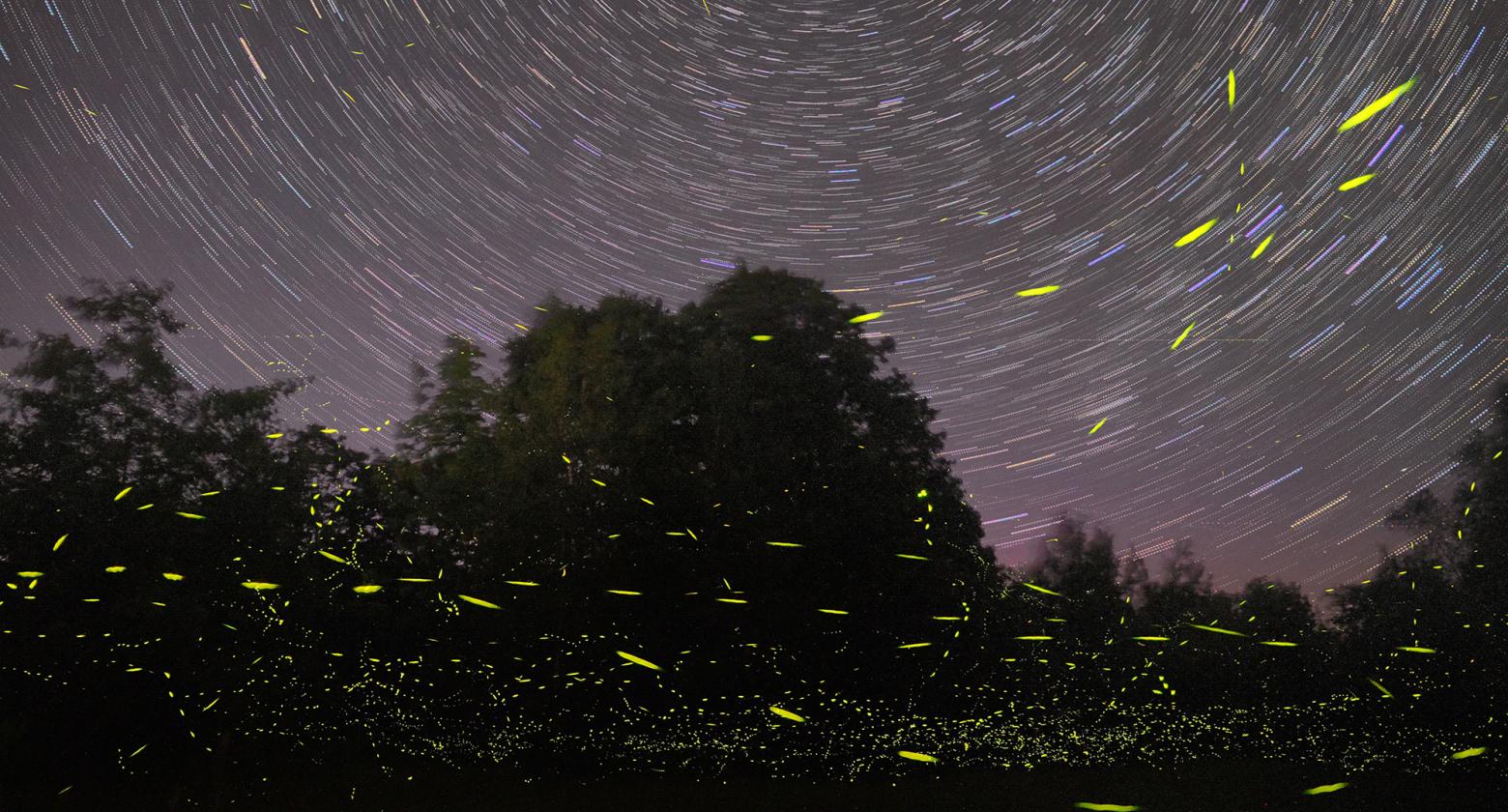 The Western Firefly Project has been documenting lightning bugs across the Intermountain West, making new partnerships along the way.

"I grew up in Colorado," says Anna Walker, New Mexico BioPark Society Species Survival Officer for Invertebrates, "and I never saw fireflies." Ditto for Utah, Walker notes, and New Mexico when she settled there. Lightning bugs, it seemed, just didn't exist out west. But then Walker came across a map created by NHMU entomology collections manager Christy Bills showing where firefles have been seen in Utah. The flashing, summertime insects really do live in the Intermountain West, and that dovetailed with Walker's own efforts to find out more about the charismatic beetles - an interest that helped the Utah Firefly Project evolve into the Western Firefly Project.

Locating fireflies in New Mexico is just as challenging as it is in Utah. Where fireflies live plays a significant role in their elusive reputation. "There aren't many fireflies in the western U.S., mostly because they rely on permanent water sources," Walker says. That's because firefly larvae often eat other invertebrates like slugs and snails, and a habitat that's too dry means that larvae - or their food sources - might dry out. All the same, by reaching out to people online and gathering reports, Walker has been able to locate fireflies in New Mexico, too. "It's like a treasure hunt going on," she says.

Unless you live among or near preferred firefly habitat, you need to go out and find them. And given that firefly populations are so scattered, that can be a challenging task. "There's a species that lives along the Rio Grande that is possibly new to science and survives in scattered little populations," Walker says. Those who go searching for these insects count themselves as fortunate if they see two or three male fireflies flashing in an evening. "You have to be in the right place, at the right time of year, at the right time of night," Walker adds, "and even if you think you're in the right habitat there might be just a tiny microhabitat and that's the only place that has fireflies."

The cooperation between NHMU, the ABQ Biopark, and other institutions is critical because researchers are already noticing that western fireflies might be in trouble. "One thing I've heard a lot, true all across the country, is that everyone has noticed firefly populations are declining," Walker says. Even just drawing from anecdotal accounts of where and when fireflies have been seen in New Mexico, there seem to be fewer of them than there were before.

Human-caused changes are the likely culprits and mean that we're seeing fewer fireflies now than we would have decades or centuries ago. "People often live near water sources," Walker notes, "and it's likely that people would have had fireflies in their yards and fields." But increasing development has altered those habitats and created a great deal of light pollution, which affects the ability of fireflies to find mates. The beetles are still present in the state, Walker notes, but this historic decline means "we're coming in at the tail end to document what's here now and to keep them here."

These shifts carry an increased sense of urgency because entomologists suspect that at least some populations of fireflies in the Intermountain West represent species that haven't been seen before, including locations in New Mexico, Colorado, and in Utah near the Glen Canyon Dam. And gathering information about these fireflies relies on community. Professional entomologists like Walker rely on reports from citizen scientists, academics and amateurs alike finding joy in getting outside to rediscover insects that have long been overlooked. "When people realize there's still so much to discover," Walker says, "it gets very exciting."