Look For Spiders This Spooky Season 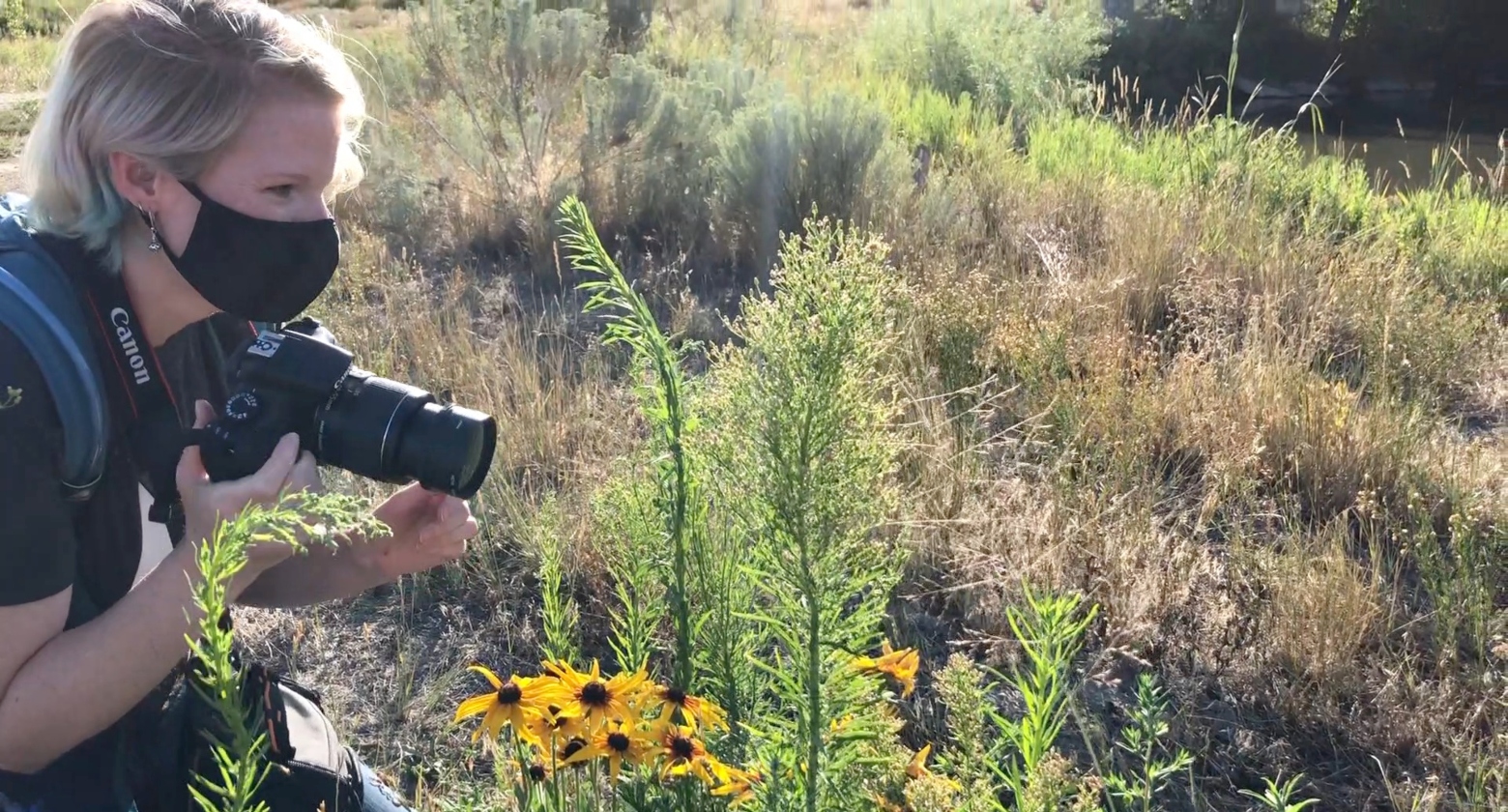 A sharp eye and a good camera can help teach you a lot about spiders.©NHMU

As the days get darker and temperatures drop, you might notice some houseguests joining you inside. Spiders that often live on or around our homes are looking to escape the chill just like we are, and that makes it an excellent time for some spider-watching.

To date, NHMU citizen science coordinator Ellen Eiriksson says, more than 600 spider species have been cataloged in Utah. But many of our arachnid neighbors are still mysterious. iNaturalist only has entries for about 200 Utah spider species, meaning that most spiders in the state are waiting for their close-up and first records on the citizen science app.

Spiders often get a bad wrap, Eiriksson says, but they are critical parts of our state's ecosystems. Spiders not only catch and eat many of the insect species that occur in our state, but they're also food for other organisms. Whether it's the wilderness of Grand Staircase-Escalante National Monument or your own backyard, Utah wouldn't be the same without spiders. And even though arachnophobia is entirely reasonable, much of the "ew" factor can be overcome by getting to know spiders a little bit better.

Often, amateur arachnologist Rebecca Ray notes, people have been taught that spiders are pests, but that makes it all the more important to tell people that spiders are an important part of regulating other invertebrates we might not want in our homes or gardens. The house spider in the basement corner isn't there to scare, but to nab insects that are likely living in the same spot. And when a spider might show up in the shower? They might not know how to get out on their own, Ray says, and actually need your help to do so. So let's say you're ready to put on your arachnologist hat and look for spiders. You can start by looking around your home, apartment, or neighborhood. "You could find spiders inside your house, out in your yard or garden, on bridges, under benches, and so many other places," Eiriksson says. But that's just a first step. The second is to watch and see what the spider does. Jumping spiders, especially, are very active and charismatic, often putting on a little show as they go about their eight-legged business, or you might catch an orb weaver constructing a web in a park bush.

Naturally, brushing up on a little spider knowledge will help. You don't need a degree or a technical manual to figure that out. The app iNaturalist is a citizen science platform where people upload photos and descriptions of wildlife and other users - many of them experts - assist with identifications. To make the process work, though, you might have to brush up on your arachnid photography skills.

Eiriksson has a few tips for how to take a shot that would make famous, fictional photographer Spider-Man proud. "Focused images, close-ups of faces, including eyes, and shots of spiders from above" can all make spider identifications much easier, she notes. And don't forget to document where the spider is living. A shot of the spider's web, if it's made one, and where you found the arachnid can help experts interpret what you're finding. So the next time you see a spider wandering around your home, take a pause before ushering them outside and grab your phone instead. With a few snapshots and descriptive details to start with, you can get better acquainted with the amazing eight-legged neighbors who live with us.