The Top Science Stories of 2021 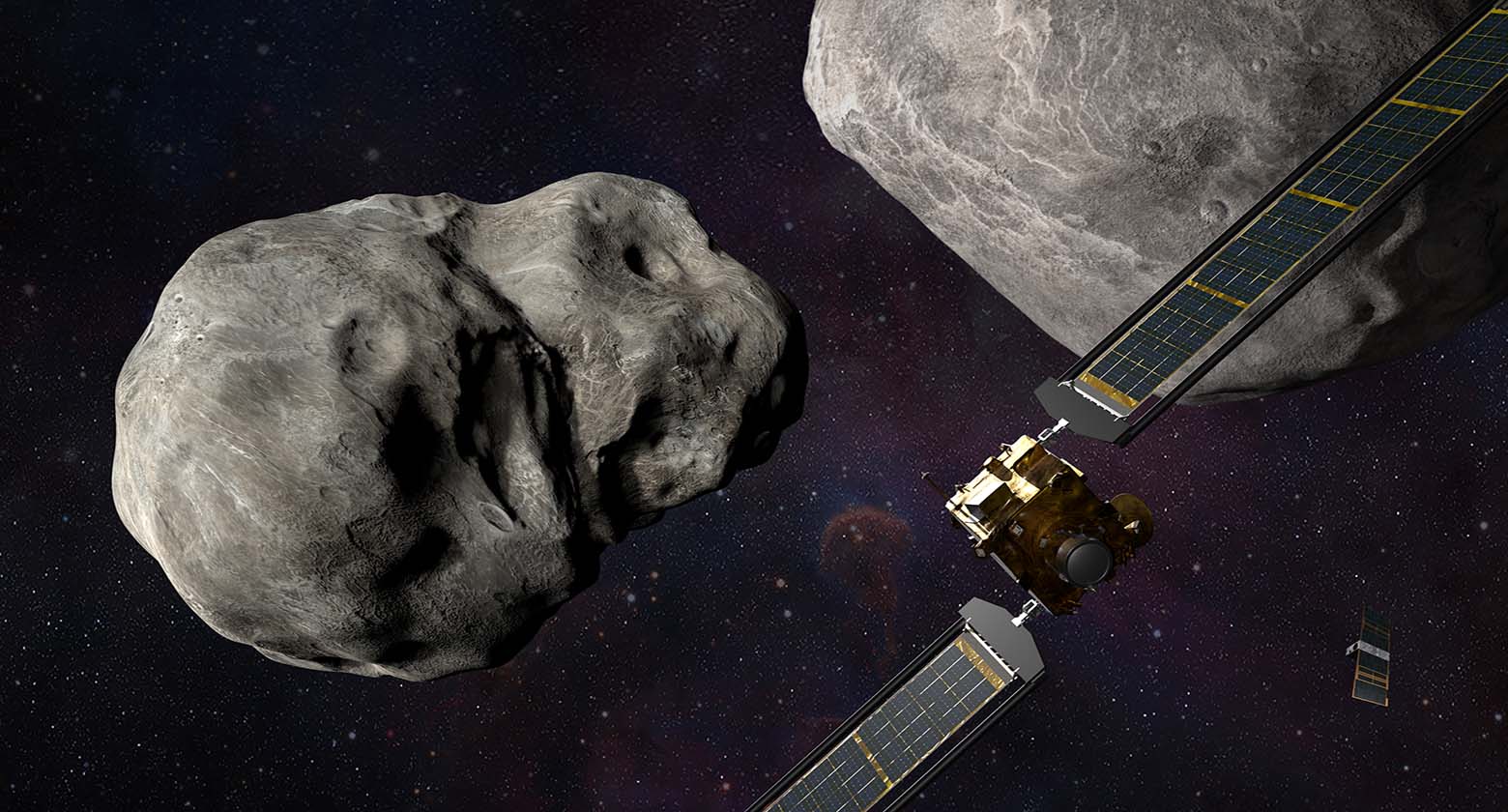 Illustration of NASA’s DART spacecraft and the Italian Space Agency’s (ASI) LICIACube prior to impact at the Didymos binary system. Credits: NASA/Johns  Hopkins

By Riley Black
Science never sleeps. Every day, scientists from a litany of different disciplines and backgrounds are asking questions, recording data, testing hypotheses, and learning new things about everything from distant planets to the squirrels in our backyards. As we approach the end of another year, it's worth a look back at some of this year's most important - and illuminating - scientific discoveries.

The novel coronavirus first reported in 2019 continues to shape our daily lives. Vaccines developed by several medical companies have saved thousands of lives, and researchers have confirmed that masking, social distancing, and virus testing can help us keep each other safe. Still, COVID-19 is literally an evolving problem. Researchers are tracking and trying to understand virus variants - such as Delta and the recently-discovered Omicron - in order to better respond to the pandemic. For the second year in a row, there is no more urgent or important science story than humanity's response to COVID-19.

More than 66 million years ago, an immense asteroid struck the planet and caused the world's fifth mass extinction. Researchers at NASA would like to prevent such an event from happening again. That's why NASA launched a multi-institution test to see if crashing a spacecraft into an asteroid might help deflect that rock away from Earth if ever such a threat appeared. Targeting a near-Earth asteroid called Didymos, researchers launched a spacecraft in November that will travel six million miles away to strile the space rock. The trip will take about 10 months total, meaning that researchers will have to wait until 2022 to see if the test was a success.

This Dinosaur Had a Weird Tail

Paleontologists are describing dinosaurs at an astonishing rate, with a new species being announced about every two weeks. One of the latest - and strangest - is a dinosaur named Stegouros elengassen from Chile. A heavily-armored ankylosaur that lived about 75 to 72 million years ago, Stegouros is immediately recognizable from a strange, fan-shaped tail unlike that of any other known dinosaur. While stegosaurs had spikes on the ends of their tails and many ankylosaurs had large, bony clubs, the tail of Stegouros is decorated with long, pointed pieces of bony armor - called osteoderms - that's making experts wonder what other strange dinosaurs might be awaiting discovery.

When and how people arrived in North America has been a longstanding question in archaeology and other sciences. This year, researchers announced a find in New Mexico that significantly extends the scientific evidence for people on the continent to more than 21,000 years ago. Tracks left by people around ancient lakes in what's now White Sands National Park in New Mexico document the presence of people - as well as mammoths, giant sloths, and other species - during the last Ice Age. The discovery dovetails with Indigenous knowledge of when people were present in the Americas and are inspiring archaeologists to re-examine other ancient sites of human presence.

Ancient DNA research is changing at a breakneck pace, resulting in a wealth of new techniques and data about the genetics of organisms and people who lived long ago. One of the latest breakthroughs involves refined and reliable techniques for extracting ancient DNA from soil samples, especially in cold or frozen environments such as the Yukon. In addition to extracting and analyzing DNA from an organism's tissues, experts can now retrieve and study DNA left behind in the soil - a way to study entire communities of prehistoric species and understand who was present in particular habitats at different times. The research can only reach back in the range of tens of thousands of years, but it still offers a much more detailed view of what the past was like at places around the world.

Mars Has a Thin Crust

Planetary scientists have been fascinated with the differences between Earth and our closest planetary neighbor, Mars. The research might help explain why there is life on our planet, for example, while Mars is devoid of life. This year, scientists discovered an important way Mars deviates from what we see here on Earth. Studies of tremors on the planet - called marsquakes - indicate that the outer crust and the interior mantle of Mars are thinner than Earth's, with a much larger core inside.

A New Treatment for PTSD

Doctors and therapists have recently become more interested in the ways psychadelic drugs can help treat mental disorders and illnesses, especially post-traumatic stress disorder or PTSD. This year, researchers published data that medical MDMA - an ingredient in recreational drugs like ecstasy - can be paired with talk therapy to help survivors process past events. Trials and research are continuing, but early results suggest the new treatment might be highly effective in helping to allevitae the stresses of PTSD.

Distant bodies in space can tell scientists a great deal about the origins and evolution of our universe, and this year astronomers have identified the most distant quasar and black hole yet known. These paired bodies in space have been estimated to date back billions of years, to about 670 million years after the Big Bang that brought our universe into being. Quasars are very bright, superheated bodies in space that are created by black holes, and the new find indicates that this process was going on relatively early in our very ancient universe.

The Race to Slow Climate Change

Human-caused climate change continues to be a major threat to Earth and all that live on it. This year, researchers produced a new report reaffirming that climate change is "widespread, rapid, and intensifying," requiring immediate action to help halt the broadening effects of our rapidly-warming climate. Experts expect as much as a five-degree Fahrenheit jump within 20 years in global temperature if immediate action isn't taken to curb greenhouse gases, changes that will result in higher sea levels, devastating affects to agriculture and water availability, and disruptions to weather patterns.

Zoologists have announced a new contender for the smallest known lizard. Described this year from observations made in Madagascar, Brookesia nana grows to be less than an inch long and lives among the leaf litter on the forest floor. The lizard is so tiny that it eats mites and springtails - little arthropods that are often too tiny to see clearly under anything other than a microscope. The existence of such a small, hitherto unknown lizard raises the question of what other tiny species have yet to be identified by science.
Riley Black is the author of The Last Days of the Dinosaurs, Skeleton Keys, My Beloved Brontosaurus, Prehistoric Predators, and is a science writer for the Natural History Museum of Utah, a part of the University of Utah in Salt Lake City. Our mission is to illuminate the natural world and the place of humans within it. In addition to housing outstanding exhibits for the public, NHMU is a research museum. Learn more.
Blog Author:
Riley Black
Category: Natural History