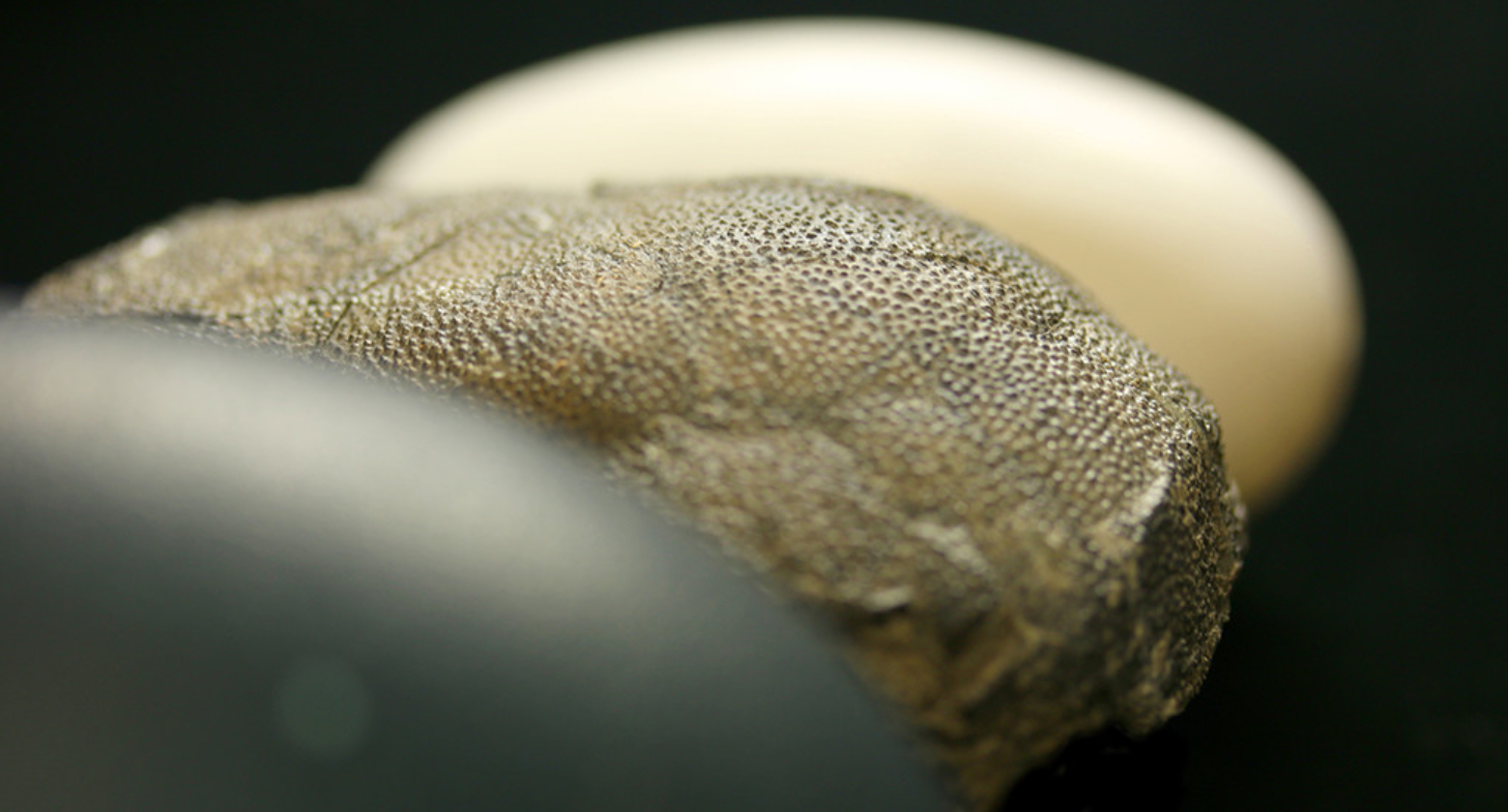 Dinosaurs have always been colorful creatures. Recent research into the palette of dinosaurian plumage has made that abundantly clear. But the story of dinosaur colors doesn't just stop with scales and feathers. Non-avian dinosaurs of the ancient past, paleontologists have found, had eggs that could be just as striking as those of modern birds.

Fossils of dinosaur eggs are very rare. Aside from requiring rapid and delicate burial, dinosaurs only spent a few months, at most, inside their eggs. If a nest's eggs were not eaten or otherwise destroyed, the baby dinosaurs themselves would break out of them upon hatching. Most fossil dinosaur eggs came from this narrow window of time. That we have any dinosaur eggs at all to study is amazing. But, at a glance, most fossilized dinosaur eggs look drab. To our modern eyes, their colors were determined by the kind of sediment they were buried in and how minerals partially replaced the delicate eggshell. But paleontologists have developed ways to ascertain what colors those eggs would have been so many tens of millions of years ago.

Molecular paleontologist Jasmina Wiemann and colleagues cracked the case in 2017. The secret to dinosaur eggshell color was held inside remnants of biological compounds preserved inside the eggs. In particular, Wiemann and her coauthors found traces of organic compounds called protoporphyrin and biliverdin inside a Cretaceous dinosaur eggshell. These compounds are important for the coloration of eggshells, and by comparing the signatures to those of modern bird eggs the researchers were able to determine that the eggs of this particular dinosaur - a beaked, feathery dinosaur called an oviraptorid - were blue green in color. That matches up with details of how the eggs were placed and preserved, hinting that the eggs of these dinosaurs were only partially covered in the nest. The color was an important clue to the way these dinosaurs nested and raised their young.

But what about other dinosaurs? Oviraptorids were not ancestors of birds, but they were closer to early birds than, say, Apatosaurus or Triceratops. So Wiemann and colleagues applied the technique to other dinosaur eggs and found that not all of the terrible lizards had brightly-colored or patterned eggs. Brachiosaurus did not lay bright green eggs, sad as that may be to say. Instead, it was only dinosaurs that were relatively closely-related to birds and their ancestors that had colorful eggshell hues. In fact, spotted and speckled eggs were very common among the group of dinosaurs - called eumaniraptora - from which birds evolved. Velociraptor likely laid speckled eggs much like those laid by house sparrows. And as for the various horned, armored, duckbilled, and other dinosaurs? So far as paleontologists presently know, their eggs were probably white.

Understanding egg colors can help paleontologists dig into previously-unseen aspects of dinosaur lives. Colorful or patterned eggs might have been important for camoflage, especially against the various lizards, snakes, crocodiles, mammals, and other egg-eaters in the Mesozoic world. Having distinctive eggs could have also helped dinosaur parents identify nest parasites, or eggs laid by a different species in the nest that then compete for food and space. Just as with dinosaur scale and feather colors, understanding dinosaur egg shades requires looking beyond the surface and teasing out these delicate clues about vanished lives of millions of years ago.