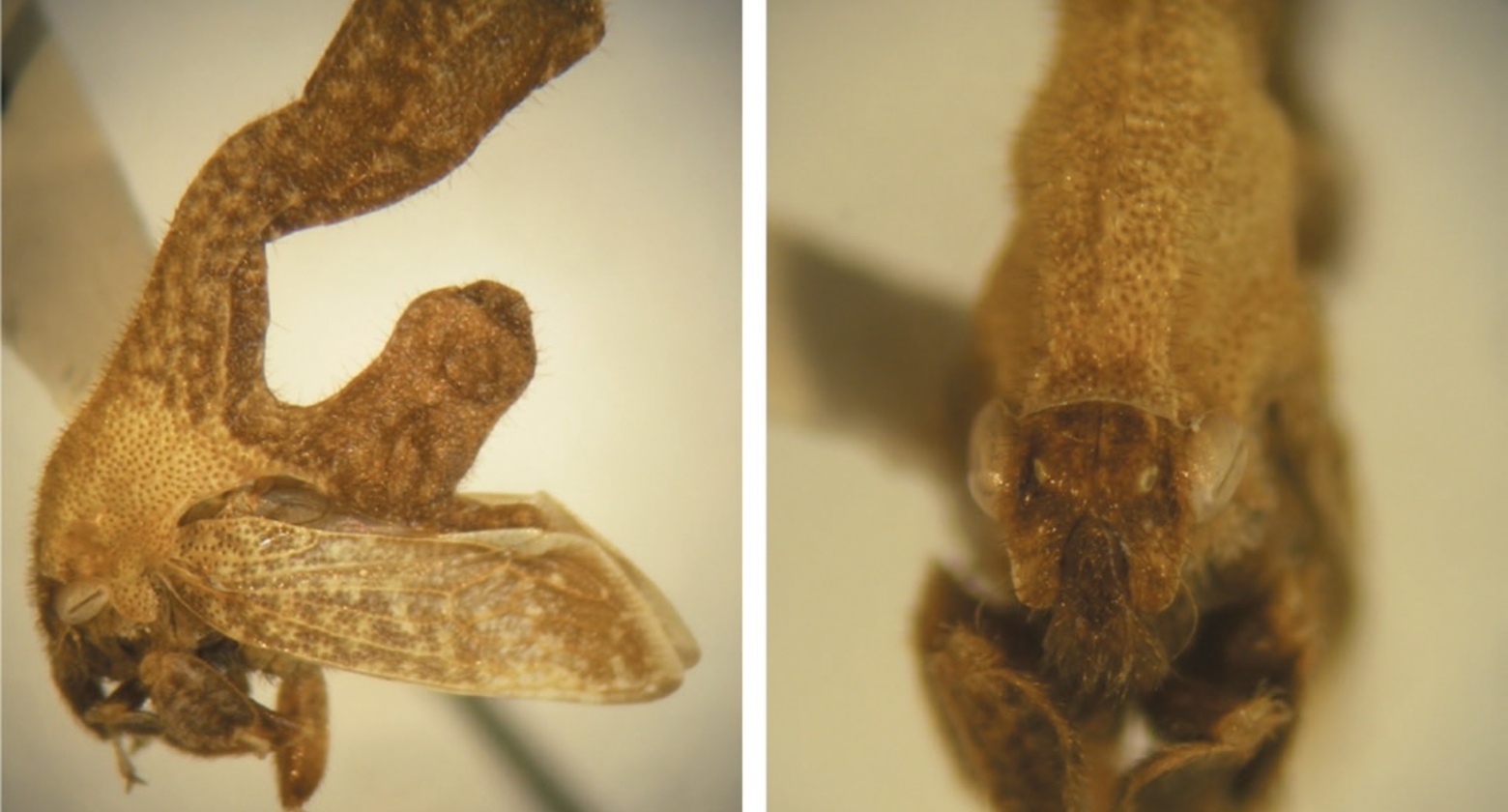 "If any insect can be described as charismatic," says NHMU Executive Director Jason Cryan, "then treehoppers are certainly at the top of the list." You've probably seen the little arthropods yourself. Often found sipping fluids on plant stems, these more-or-less thorn-shaped insects live on every continent except Antarctica. There are so many, in fact, that scientists are still discovering and describing them - including a new species named in honor of Jason Cryan.

Named Cladonota cryani, the small insect was named by entomologist Dawn Flynn from specimens collected in Bolivia. Naming a treehopper after Cryan was a fitting choice. He's an expert on the insects and has discovered new species himself. "Finding out that my colleague intended to name a species of treehopper for me was profoundly moving," Cryan says, especially because he's known Flynn for decades as part of a small group of researchers who specialize in studying these insects.

The genus that Cryan's treehopper belongs to, Cladonota, is among the most well-known. Species of this treehopper genus, Cryan says, "are entomologically famous for resembling bits of twig or peeling bark." It's a form of camouflage, all centered around a peculiar appendage near the front of the body called the pronotum. In some species, Cryan notes, the pronotum looks like a thorn or other part of a plant. In other species, the pronotum has evolved to make treehoppers look like ants or wasps that predators would want to avoid. Then again, Cryan says, "there are many species for which their fantastic shapes are so bizarre that they defy credible explanation." And just as these insects use the pronotum to tell each other apart, so do entomologists.

Cladonota cryani, for its part, has a pronotum that looks something like a broken twig. The appendage points backwards over the insect's body, helping the little arthropod blend into its surroundings and also be recognized by other members of its species. So far, only the male of the species is known. Future explorations - in the field and in museums - will likely allow entomologists like Cryan and Flynn to learn even more. Individually and together the scientists have been working for years to better understand these insects, Cryan notes, "so the fact that Flynn thought to honor me with a treehopper species patronym was truly meaningful to me."

Riley Black is the author of Skeleton Keys, My Beloved Brontosaurus, Prehistoric Predators, and is a science writer for the Natural History Museum of Utah, a part of the University of Utah in Salt Lake City. Our mission is to illuminate the natural world and the place of humans within it. In addition to housing outstanding exhibits for the public, NHMU is a research museum. Learn more.