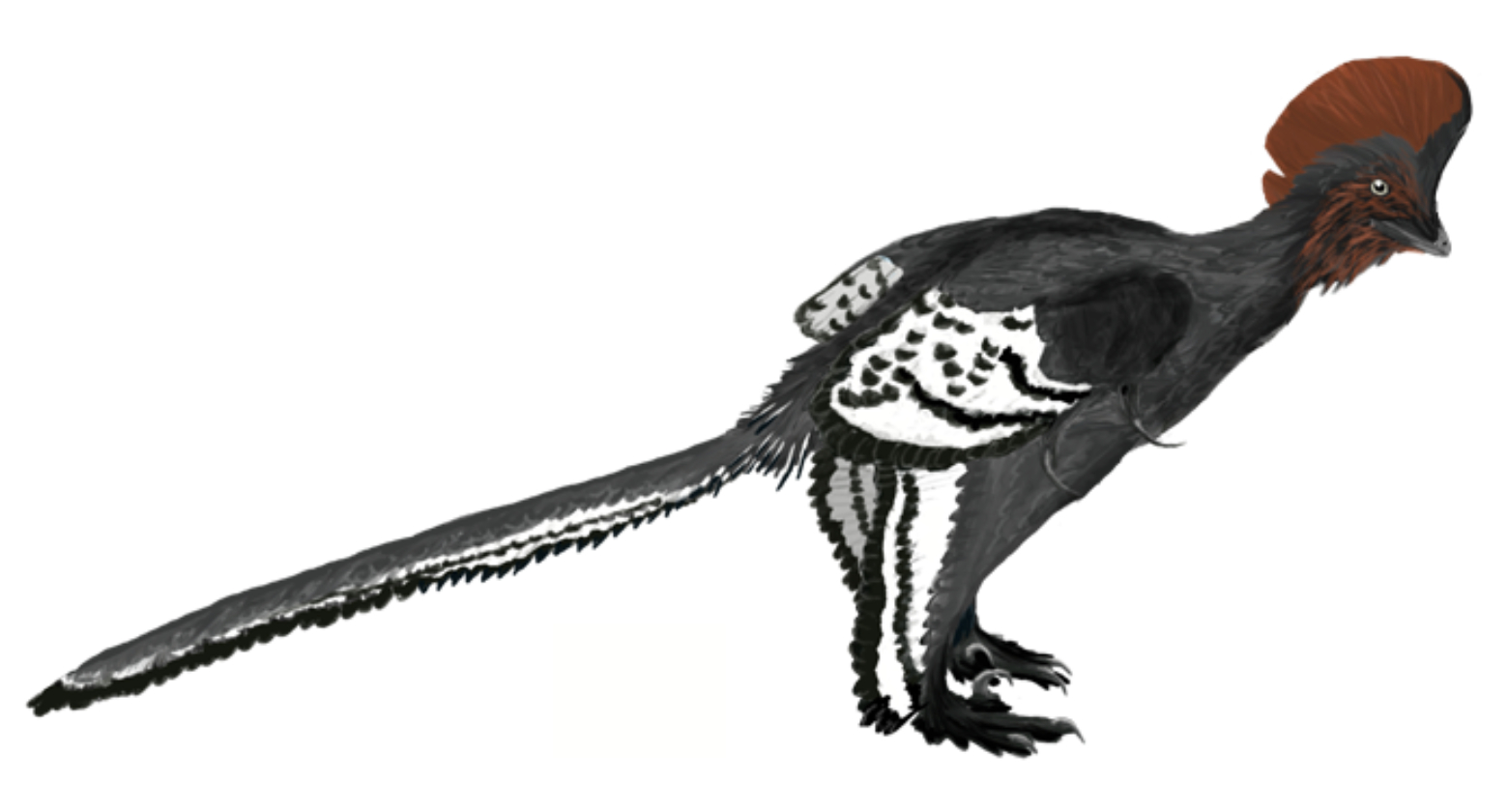 The feathered dinosaur Anchiornis had its colors mapped in 2010. Credit: M. Martyniuk CC BY 3.0

Dinosaurs leave outsized impressions in our imaginations. We spend a great deal of time wondering about how they sounded, what colors they were, and more. But there is far more to the fossil record than our favorite "terrible lizards," and that goes for prehistoric hues, too. Even though dinosaur coloration often makes headlines, Anchiornis and family are hardly the only organisms to be colored-in by paleontologists. From prehistoric cephalopods to bats, experts have been revealing an entire world of prehistoric color.

Paleontologists have known for a long time that traces of pigments can survive for vast stretches of time. In 1833, the trailblazing paleontologist Elisabeth Philpot - as well-known for her fossil-collecting skills as her friend Mary Anning - enclosed an inked drawing of an ichthyosaur skull in a letter to fossil illustrator Mary Buckland. The illustration was made from the rehydrated ink preserved within a Jurassic squid-relative, a sign that the original pigment of long-extinct creatures can still be found in fossils.

What paleontologists can glean about the biological shades of extinct creatures comes from different lines of evidence. Sometimes the original color is lost, but the microscopic structures that helped create that hue - the basis for a phenomenon called structural color - are still intact and can be studied to discern an organism's hues. Then again, sometimes the shells of invertebrates or parts of a feather are patterned with different-colored bands, a representation of the color pattern if not that actual pigments. Beyond dinosaurs, paleontologists have found evidence of coloration in fish, insects, algae, cephalopods, mammals, and more, offering peeks at how these organisms looked when they were alive. Even the delicate, tiny scales on the wings of fossil moths and butterflies can help reveal the secrets of ancient color.

That's not to say that the new techniques used to discern the colors of fossil creatures is always straightforward. The science is so new that novel techniques and refinements are appearing regularly. In 2018, for example, University College Cork paleontologist Maria McNamara and colleagues announced that melanosomes - or pigment-carrying organelles - can be found in internal organs, too, and these tiny structures can "bleed" from the inside to the outside as an organism decays or is fossilized. Still, the researchers noted, it's possible to tell the difference between melanosomes from the inside of an organism and those from the outside thanks to a few telltale clues. The adjustment will help experts be more accurate in their reconstructions.

Even as experts investigate and debate the intricate nature of fossil color, the fact that such discussions are happening at all is a reminder of an often-overlooked part of the fossil record. For decades, fossils have often been portrayed as remnants of prehistoric creatures that have turned to stone. Experts assumed that there wasn't anything left of an organisms original organic tissues or biomolecules in a fossil. We now know we were wrong. Fossils preserve far more detail than anyone ever expected, down to microscopic organelles, degraded proteins, and more. Fossil organisms are not creatures turned wholly to stone, but little time capsules that have been altered to greater or lesser degrees through fossilization. Each has its own stories to tell, and experts are only just beginning to follow these colorful tales.