Explore, through science, the mysteries of ancient Angkor, long obscured by the encroaching forests of Southeast Asia 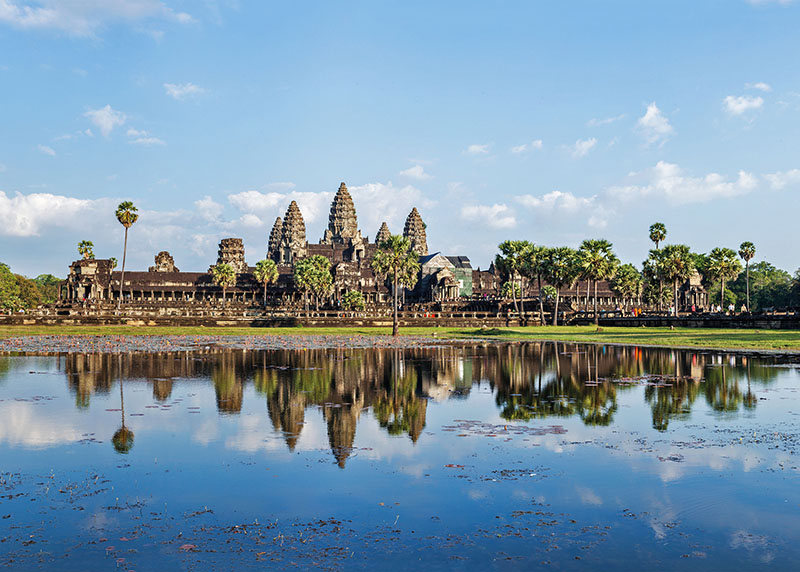 The vast metropolis of Angkor, now shrouded by jungle in present-day Cambodia, was once the center of one of the greatest empires the world has ever seen. Enormous monuments to the gods such as Angkor Wat are among the most remarkable achievements in all of human history, and towered over sprawling cities made of wood which, over the centuries, have vanished almost without a trace.
The reasons for the precipitous decline of Angkor, and the cultural resilience of the Khmer people who built it, have fascinated scientists for one and a half centuries. Thanks to new advances in science and technology including ground excavations, aerial mapping, and modern remote sensing, we are finally coming to terms with the vast scope and accomplishments of this empire. In this exhibition produced by MuseumsPartner, explore the art and artifacts of ancient Angkor through the lens of science. Experience how each period of exploration and discovery – equipped with the cutting-edge tools of the day – has expanded our knowledge about this civilization.
Through the lens of Khmer culture, discover the meaning and significance of what science has revealed, and the foundation of Angkor’s enduring resilience. In this unique collaboration between scientists, anthropologists and art historians, we present more than a hundred of the most outstanding works produced by the Angkorian civilization, many of which have never before travelled outside of Cambodia. We reunite masterpieces that have now been recovered after decades of war and looting, and present arrangements of statues in an immersive scenography revealing the size, the majesty and the significance of the monuments configuration, as they have not been seen for a thousand years.
This exhibit will open at NHMU on October 22, 2022.